Andy Warhol famously said “In the future, everyone will be world-famous for 15 minutes.” Can’t claim to be that, but I got to be famous in the UK for about 15 seconds yesterday.

I was asked by ‘Springwatch’ to send in a 15 second clip saying why nature was important to me. Having filmed, or otherwise broadcast, a few bits and pieces over the years I knew that would not be as easy as one might think. Woodrow Wilson (28th POTUS) said “If I am to speak ten minutes, I need a week for preparation; if fifteen minutes, three days; if half an hour, two days; if an hour, I am ready now.”

I must have attempted to do it off the cuff half a dozen times. In the end I wrote a script and timed it, then edited it, printed it out in large type and stuck it to Maggie’s chest as she filmed me… and I still managed to stumble over the words and look like a recently retired academic who was bored with the whole thing… the opposite of how I really feel. Nature has been my friend, nurse, inspiration and saviour… but this was the best I could do, and I sent in my 19 second movie.

We ran it through a few times and managed to get the Blackbird singing every time I made a mistake. By the time we recorded it the blackbird had gone silent and it had begun to rain. When the BBC ran it they had edited it down to about 12 seconds, but added some bird song at the end… nice work BBC, you did your best with poor material. 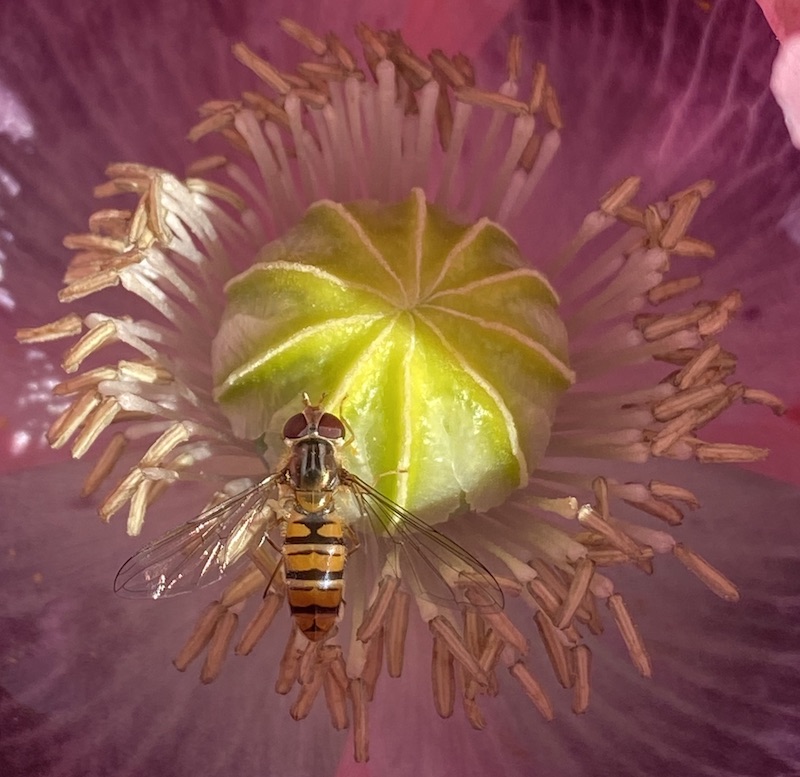 This morning I wandered around taking loads of pictures of bees and hoverflies – several species I could not identify have been sent to experts with a plea to help. In the meantime, a species already featured on the blog but they are simply beautiful and warrant an outing again. 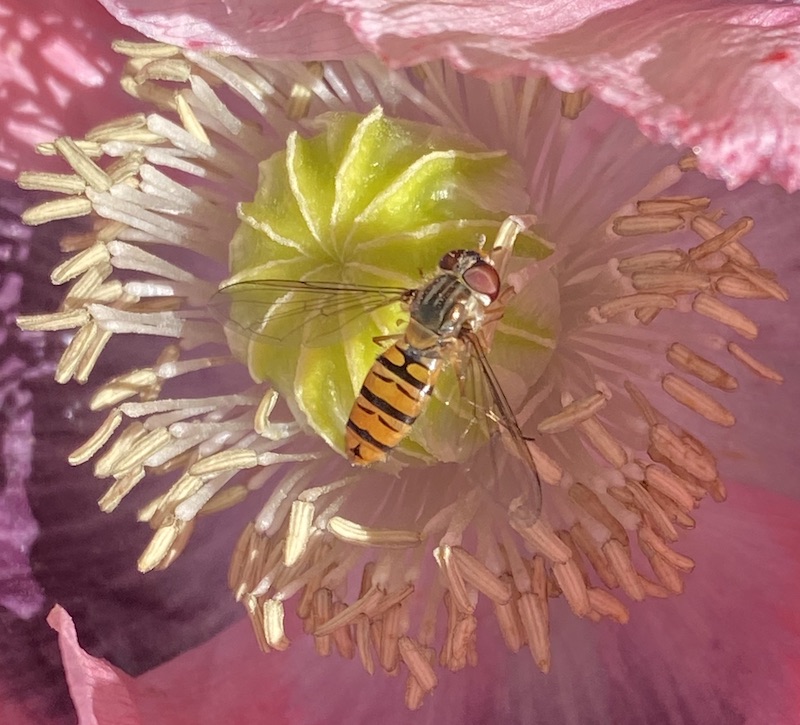 While I moved about I could hear a song thrush somewhere. Later Maggie spotted it underneath our table, cracking open a snail on the pavers. When it struggled the snail free of its shell the thrush flew onto our fence before flying over the road. Its nest must either be in those gardens or the other side in the park. Its excellent to know the bird is feeding its young from our open-air market stall. 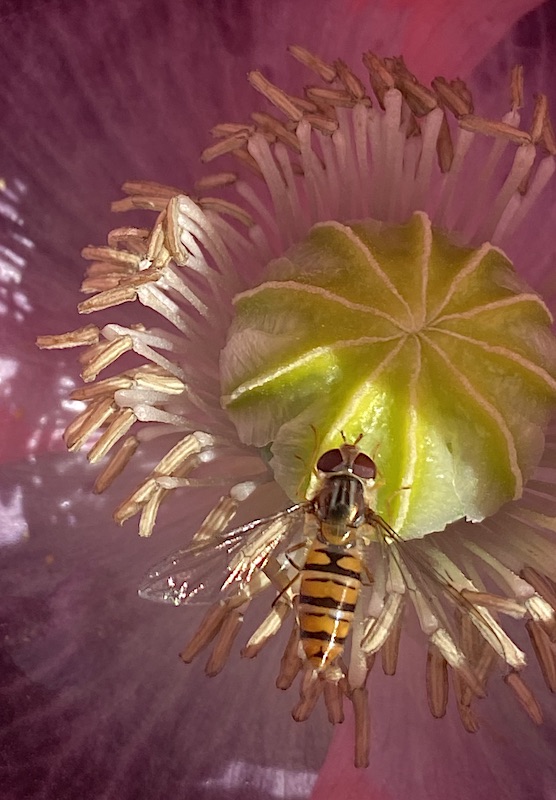