The way of all flesh…

Another day of early spring-like weather rather than summery. The morning started bright and mild but as the day went on soon became overcast and cool with a freshening breeze and a few showers. First thing the garden was full of flies and bees but soon there were fewer and fewer to be seen. Annoyingly there was, I am pretty sure, a Great garden Bumblebee about tasting the honeysuckle nectar but either too high or too fast for me to get a picture for positive ID.

But early on I took some pictures of this fly. 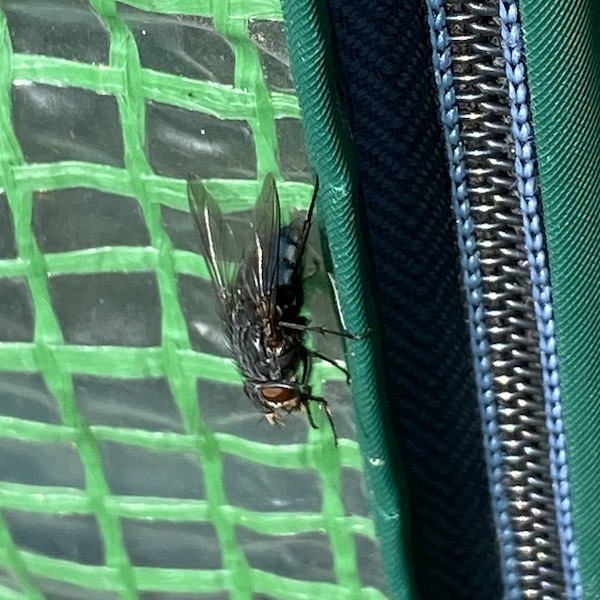 It is a common species I’ve often seen and although unattractive in name and appearance it has to be one of the most useful insects on the planet. Without them life would not be recycled as fast or efficiently. On the other hand, some of them carry disease such as leprosy! 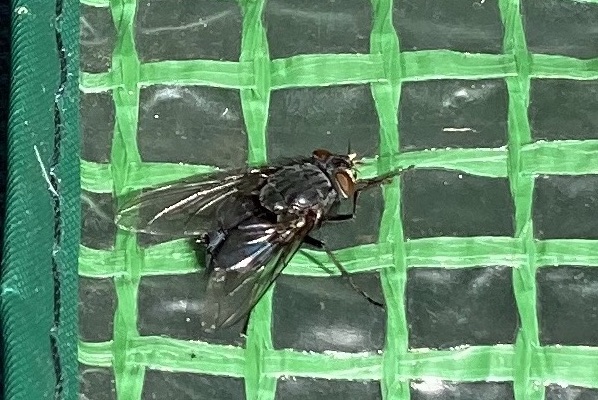 Whilst I have given an ID… I am not sure if this is the exact species, but it most certainly is the right family. Identification of species in most cases can only be made by dissecting the male genitalia.

They are unusual for not laying eggs but rather depositing hatched or hatching maggots into dung, carrion, decaying material and, hence the name, into open wounds. 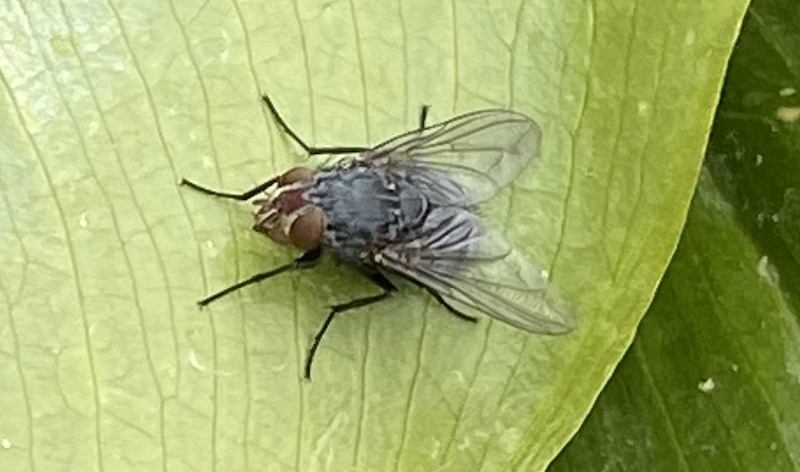 According to Wikipedia “The adults mostly feed on fluids from animal bodies, nectar, sweet foods, fluids from animal waste and other organic substances. Juveniles need protein to develop and may be laid on carrion, dung or sweet plant foods (including fruit, nuts, and artificial foodstuffs).“

For those of you who are more horrified than fascinated a rather more pleasant image to dwell on. 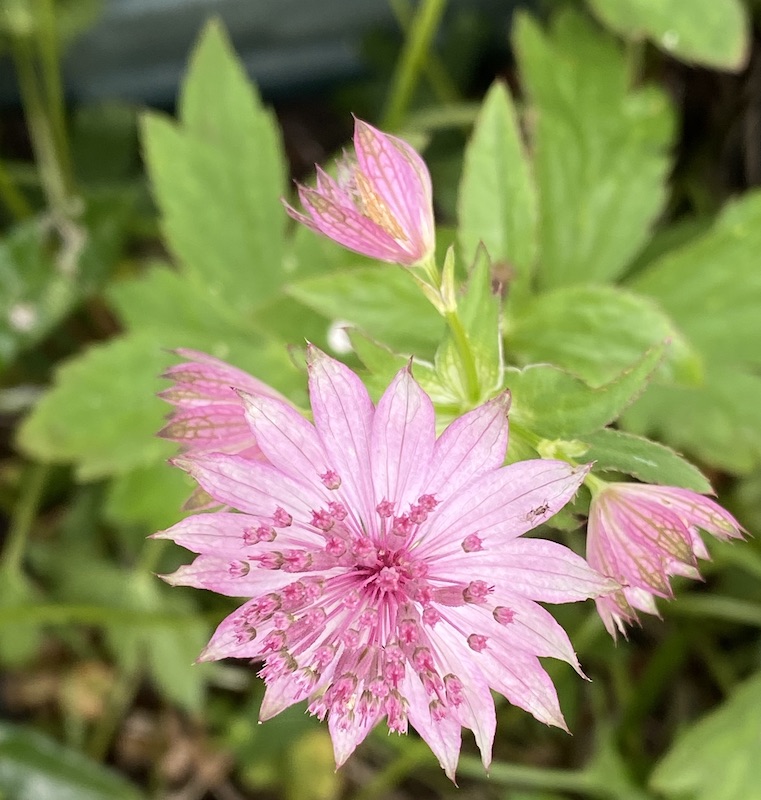 Astrantia have many other common garden names including melancholy gentleman and Hattie’s pincushion.