1986 was the beginning of the downfall… I’m pictured below on a boat somewhere between the ancient port of Bodrum in Turkey and the Greek island of Rhodes. Two things are happening; I’m beginning to stoop forward (while learning to position myself in a way that disguised it) and the minor adiposity threatens to pour over the waistband like an almost baked muffin. 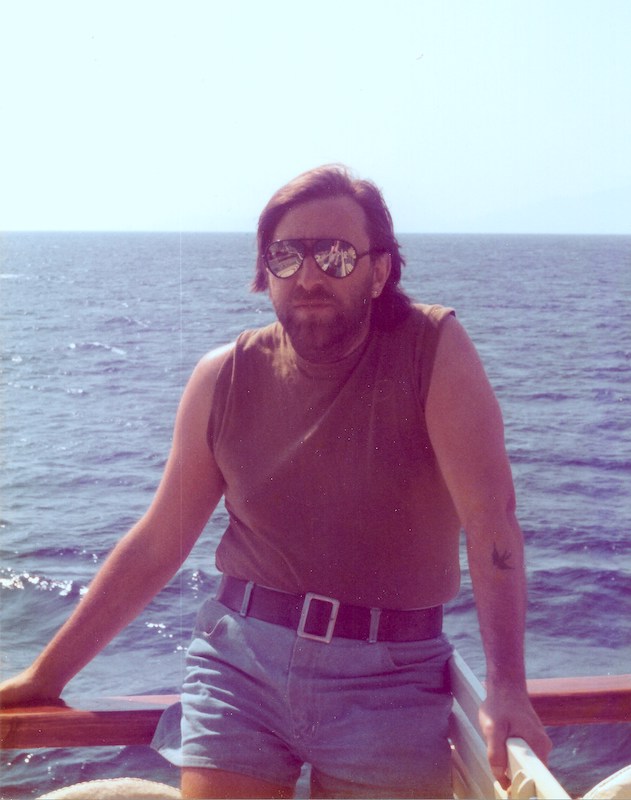 The curvature of my spine (ankylosing spondylitis) called kyphosis rounds the shoulders, which in turn make the belly scrunch up and protrude… another cause of this is curry, cakes & cheese – consumption in general.

When I was 30 years old I was an annoying 1/2 inch under six feet tall. I am currently around 5 feet 6 inches… partly the curve, but also the loss of disc space along the full extent of my spine and the fusing of pelvic joints etc. The expanded girth is because one of the reasons we are alive is ingesting sufficient calories, and one of the reasons for living is ingesting things that taste fabulous. If I suddenly became fabulously wealthy I would employ a Michelin starred chef! Sex and drugs and rock and roll have their place in one’s life history, but the pleasure of eating lasts a lot longer.

So, this has been my invented National Nostalgia Week… pining for lost mobility and muscle and a reasonably appearance.