Back in the USSR… Well maybe not but the early eighties was definitely my physical prime and the start of my world travels. So here is a very chilly April in the Soviet Union… back in the days when a ride on the Moscow underground was almost silent as no-one spoke. The over lavish stations with massive glass chandeliers and one overwhelming odour on the trains… vodka breath! We wandered down Nevsky Prospekt and bought revolutionary posters in the bookshops and visited the Kremlin but much of Moscow was pretty dour. We ate in a cafe where there were no chairs or tables just shelves around poles where people stood eating soup… a watery consommé with a boiled egg floating on top.

The food was generally appalling (It was better in the Ukraine, we had chicken Kiev in Kiev). The booze was cheap and plentiful with dozens of vodka flavours (Lymonaya was my favourite) and we drank copious amounts with cheap Russian champagne. Ukraine’s Kiev was a prettier city and more defined and I remember a massive monument on the banks of the Dnieper.

Here I am by St Basil’s… on the edge of Red Square… opposite the Mausoleum was Gum’s store – with shop window displays of tinned veg! There was snow on the ground here and there and I froze in my western clothes. 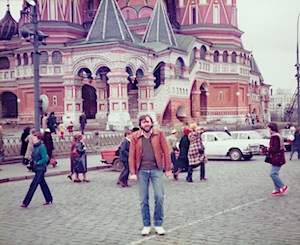 In Leningrad with its canals we visited the zoo, and the Cruiser Aurora whose guns signalled the start of the revolution. We ate in an underground cafe that was full of steam like a Victorian soup kitchen and then were overwhelmed by the wonders of the Hermitage. Not just fabulous paintings and sculptures like the incredible Peacock by Faberge life-sized solid gold and encrusted with jewels, but every door in the place could have been hung in an art gallery.

Later in the year, and by complete contrast I basked in the desert heat of Tunisia with its Roman ruins more extensive than Rome itself. 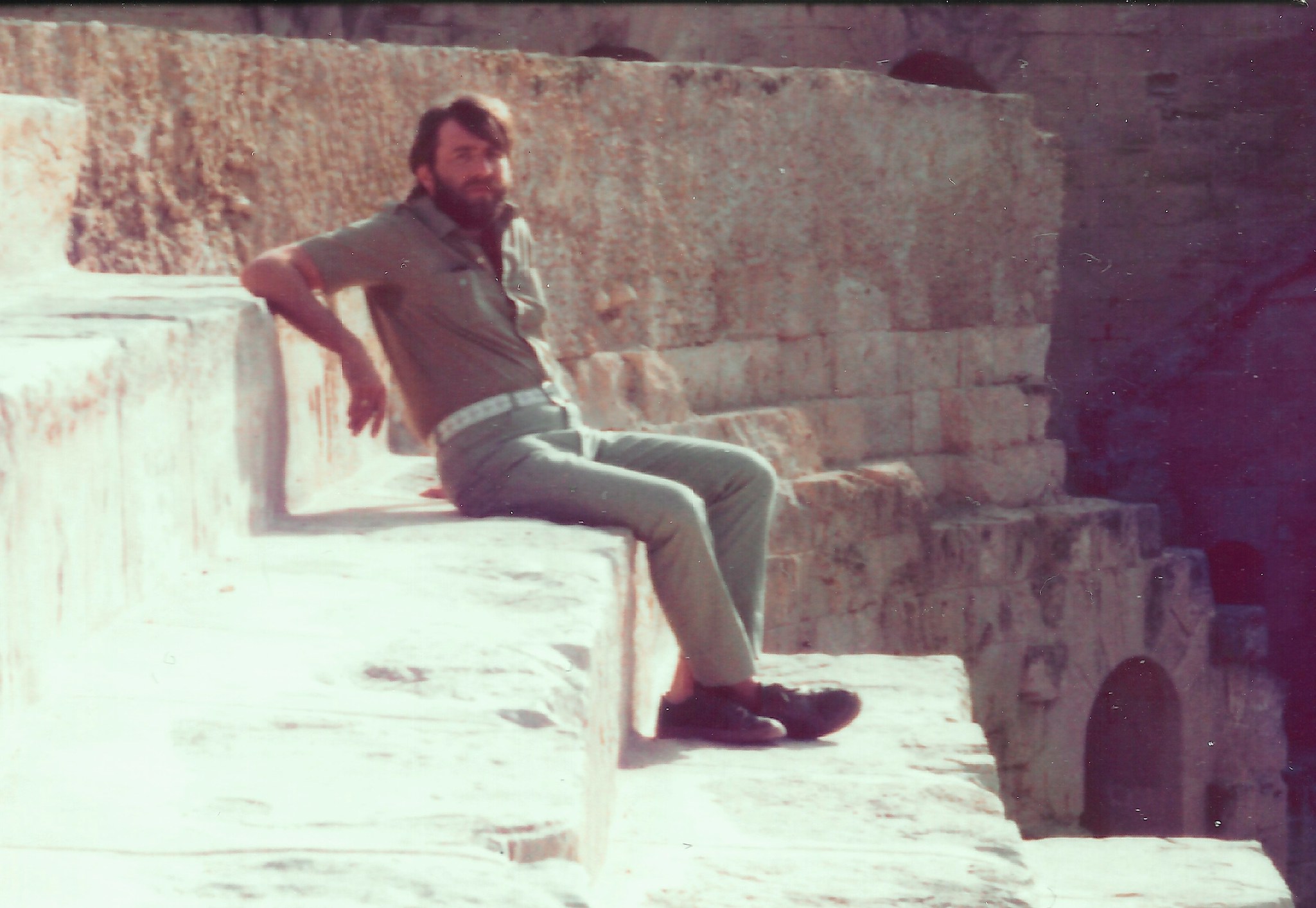