Yesterday saw us temporarily unlocked… we spent a very pleasant morning at Oare Nature Reserve. I just manage to socially distance from other birders viewing the East Flood, while Maggie circuited the flood, getting fit. I meant to take pictures but had not done so by the time I thought it polite to make way for others searching for the goodies… I had terrific views of four Ruff and the newly arrived Lesser Yellowlegs, presumably the same bird as last year. But I most enjoyed the water rail that kept moving in and out of the reeds to feed on the mud for ten minutes.

After moving off we decided to drive back via Graveney Marshes. Not many birds there apart from a mass of roosting Rooks and a very marked Common Buzzard on a post, having a white crescent on its chest. 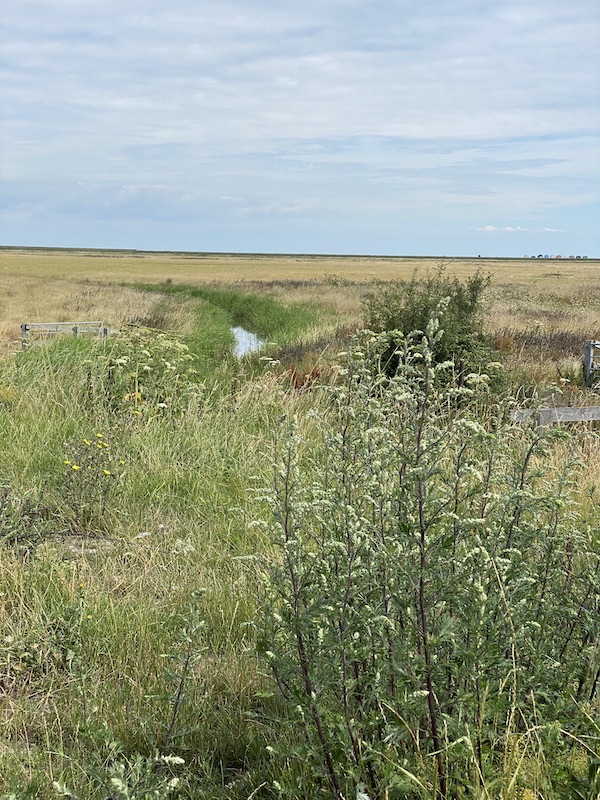 Sadly, this area will soon be part of the largest solar power farm in the UK. 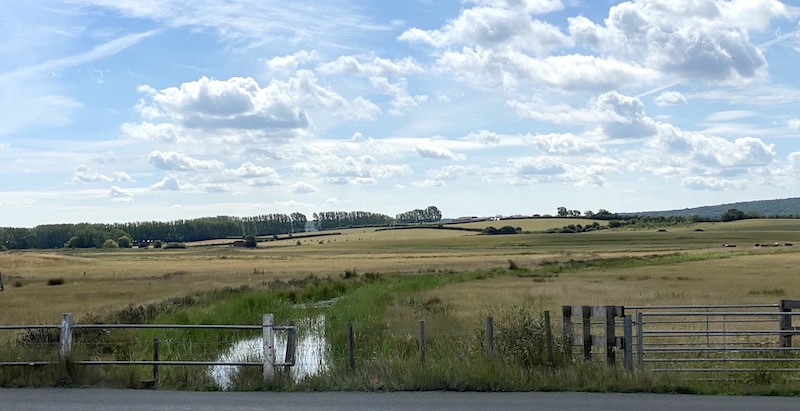 Parking up at the entrance to the power plant there was a small stream opposite alive with dragonflies and butterflies. It was easy to photograph this gatekeeper spreading its wings rather more than the one in the garden later in the second photo. 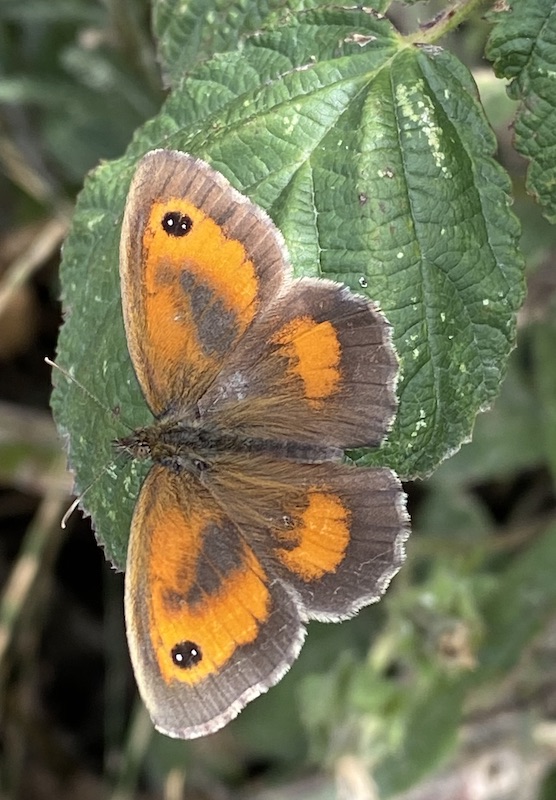 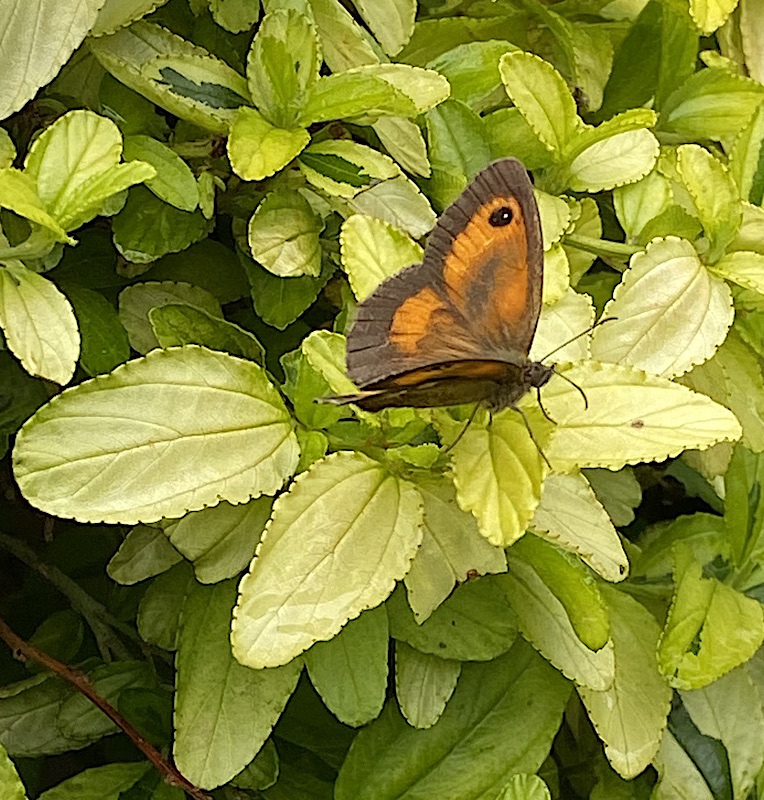 I wish my photos taken over the fence were good enough to display here as I saw a number of odonata close up which eluded my attempts to capture an image. Wonderful views of several dragonflies; Ruddy Darter Sympetrum sanguineum, Common Darter Sympetrum striolatum, Broad-bodied Chaser Libellula depressa and Black-tailed Skimmer Orthetrum cancellatum. There were also several damselflies such as Common Blue Damselfly Enallagma cyathigerum and Blue-tailed Damselfly Ischnura elegans, but better still a Small Red Damselfly Ceriagrion tenellum, a ‘lifer’ for me! 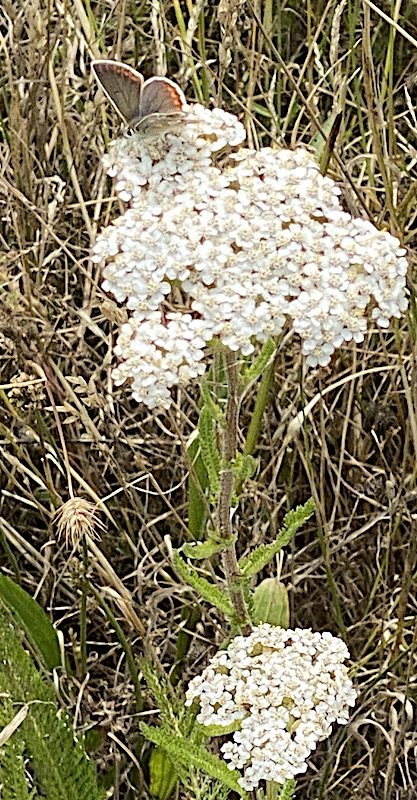 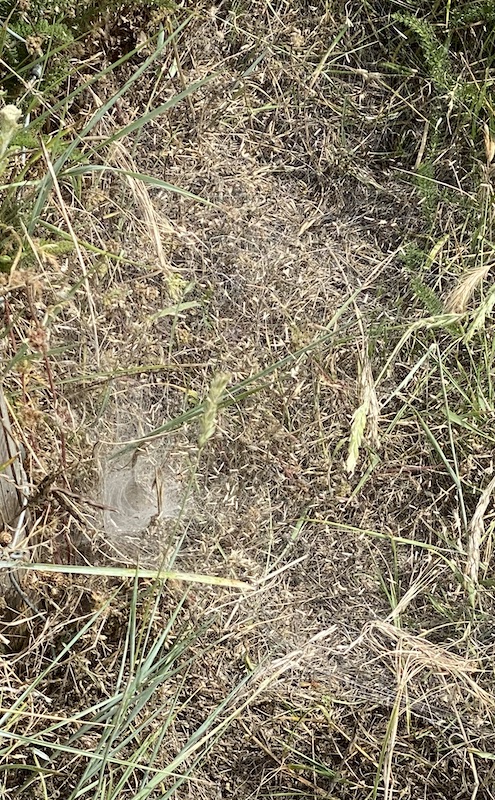 The weedy corner was also beset with loads of what I assume are some Labyrinth Spider webs. 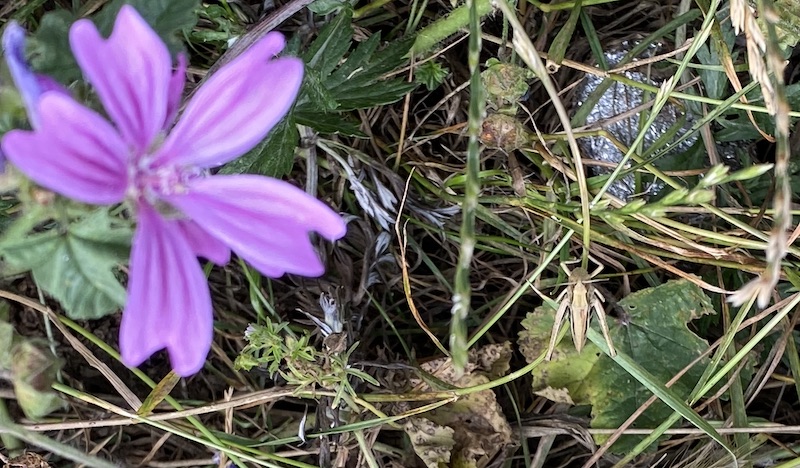 There also a lot of what we always called crickets although I’m not sure exactly what they are. 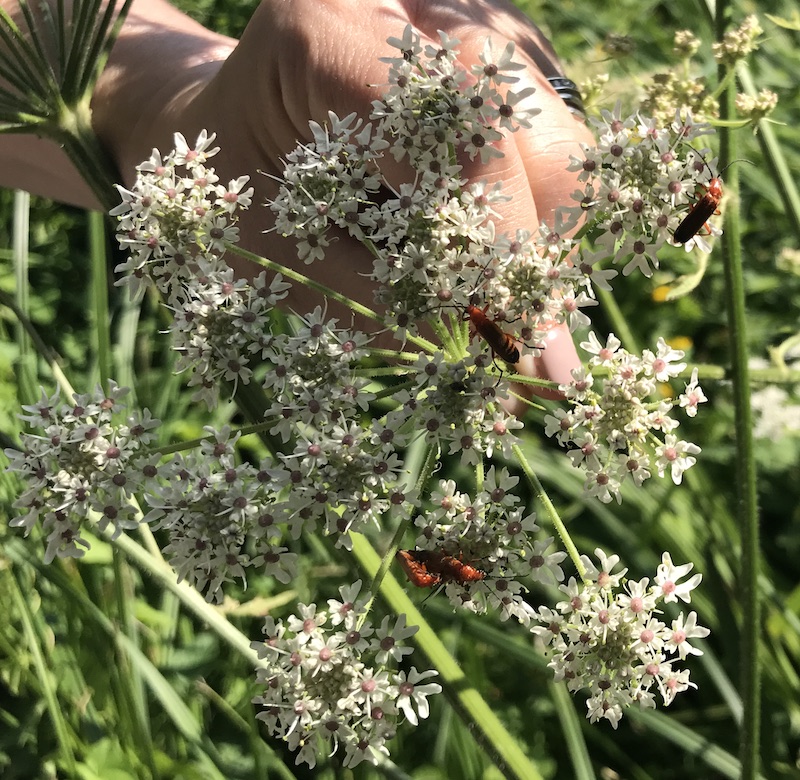 Also in evidence, a number of Common Red Soldier Beetle Rhagonycha fulva that we called ‘bloodsuckers’ as children. They are a medium-sized, narrow beetle commonly found on open-structured flowers, such as daises, cow parsley and hogweed, during the summer. This accounts for another common name – Hogweed Bonking Beetle!