What a difference a day makes

With an uncertain forecast and a bone dry and drooping garden I watered at around 8.30pm yesterday. The thunder started soon after midnight and the storm flashed and banged all night. 6.30am not so much torrential rain as a monsoon with winds bending the trees! 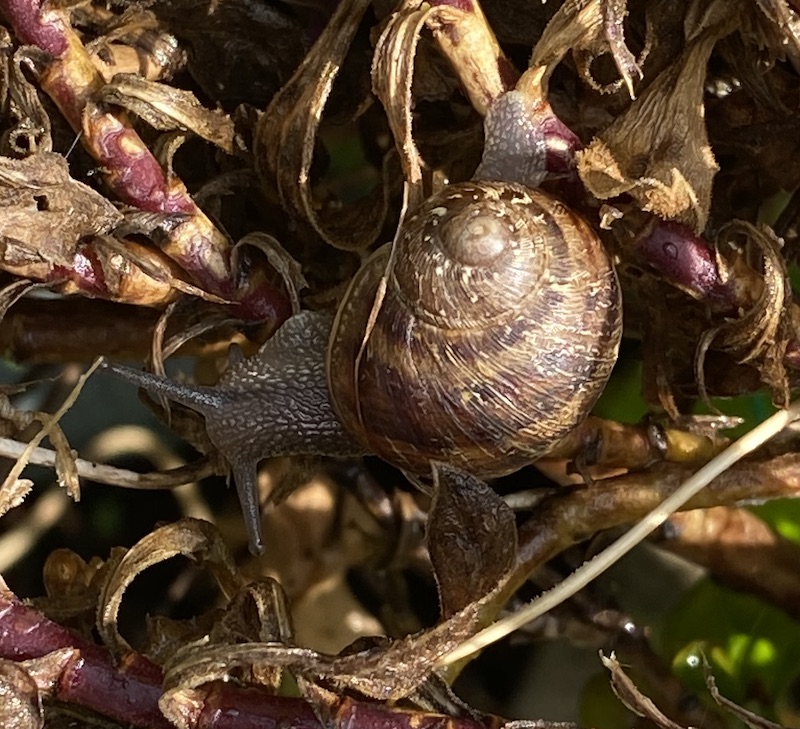 My early morning wander was less insectful and more molluscy. 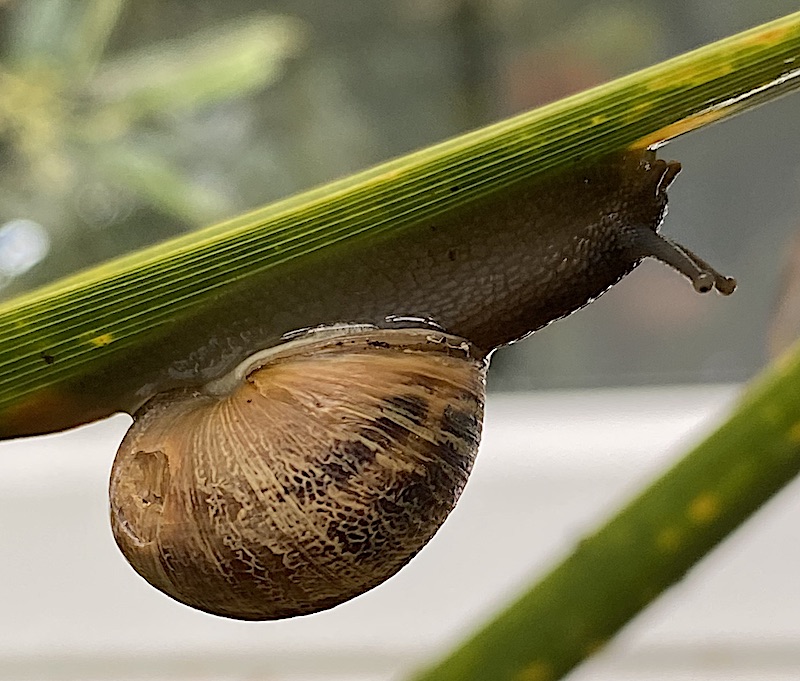 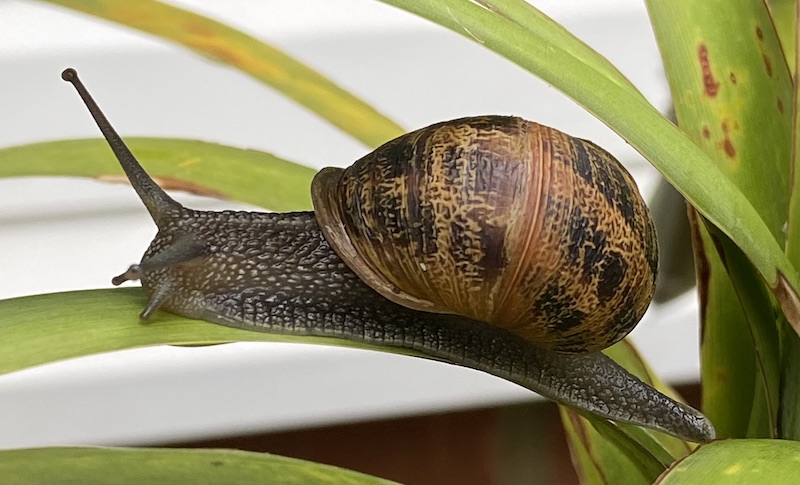 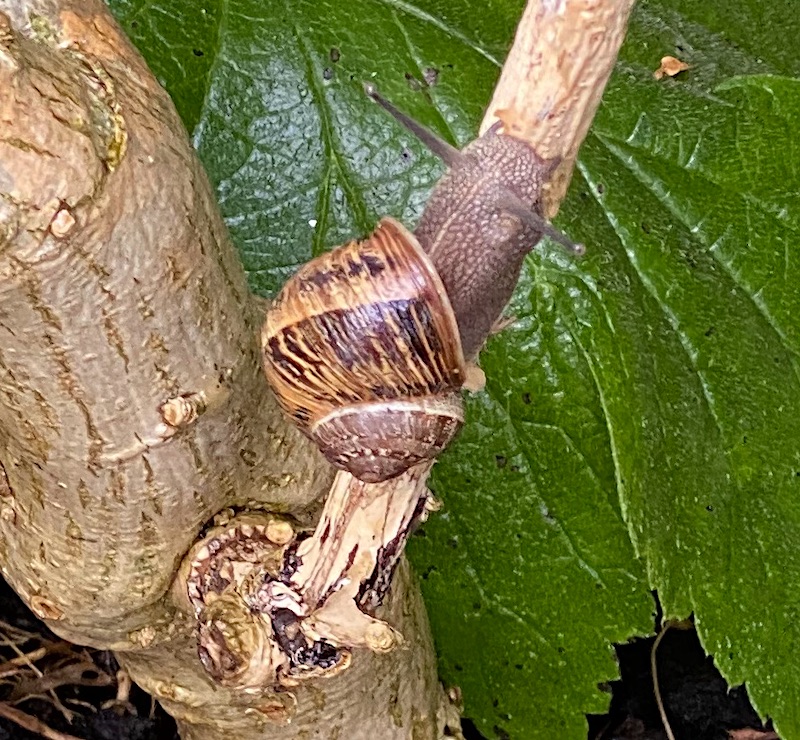 Since a child I’ve believed that the stalks protruding from the snail are eyes. The top two are a primitive eye being light sensitive. However, the lower once are a combination of tactile and olfactory sensors. They emerge most patently in wet weather. 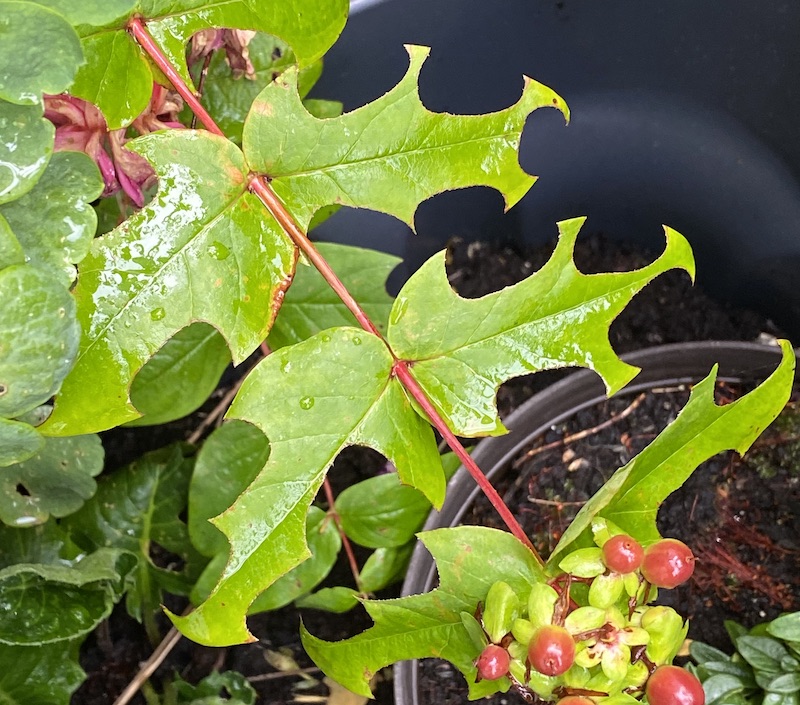 Were they responsible for this? Its hard to tell but unlikely a mollusc, more likely a larvae of some sort although a leaf-cutter bee could be the perp. 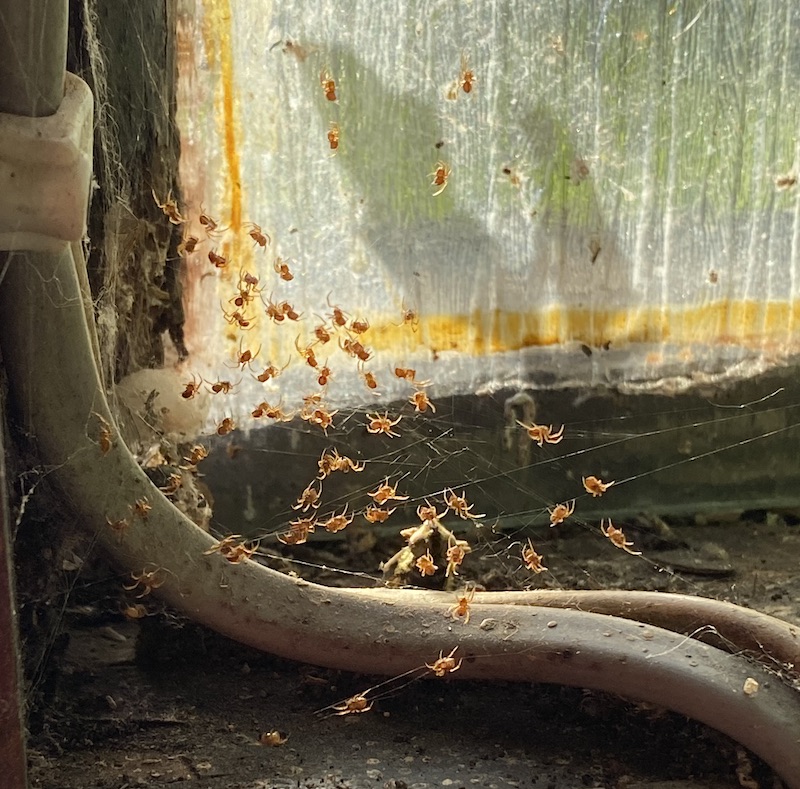 Meanwhile, in the garden shed Maggie bravely took this picture of a mass of spiderlings. Clinging to a rather haphazard cobweb we suspect, but hope they are not False Black Widow spiders which make our shed their home and leave a trail of husks that were once peabugs (wood lice).