When I was a kid I feared little… except being poisoned (my dad had eaten Deadly Nightshade as a kid and his paranoia was liberally shared with us). Murder was rare, pedophilia almost unheard of, the streets were mostly safe and our roads thinly populated with slow vehicles. The only accidents I heard about were in the playground or from tree climbing. Although, in the 1960s everyone was mortally afraid of nuclear war as the world powers played brinkmanship.

In my twenties, as a youth & community worker in London I was aware of racism and crime, poverty and hardship. I lived along ‘murder mile’ in South London and regularly walked home in the early hours of the morning, yet never considered that I might be the victim of violence.

Youth and confidence fade of course, as you take on responsibility of family, home ownership and employment so grow your fears of rejection, redundancy, debt and the rest. In old age many fear a lonely death or a lonely life; chronic pain or rapid decline… Childhood fear of the dark returns as twenty-first century bogiemen do sometimes invade the homes of the vulnerable. Many people become increasing right-wing as they age, succumbing to moral panics and Daily Mail scare-stories. Politics can play on fears and the reality of frailty, arthritis, poverty and poor health reinforces fear.

…and then, along comes 2020 and Covid-19 and all those half felt fears get rolled into one great big legitimate horror. Plague was a vague mediaeval phenomena causing death for millions, but so far away for the rich nations that it was almost myth. The ‘black death’ in those times reduced the population by two thirds, but historic calamity has little impact on our daily lives, until, without warning and against all common sense we are in the middle of a pandemic.

This is not just any old deadly threat, it is so targeted one could almost believe it was deliberately created to reduce immigrant numbers and solve the crisis in elderly care! The young stay fearless because, for them, there is little to fear.  You don’t change your entire lifestyle to avoid getting a cold. But for us crumblies and dusties, crips and wrinklies we are on a spectrum from very concerned to abso-bloody-lutely terrified. We know that getting the infection when we are over seventy, have asthma and diabetes and other immune-system weakening conditions, is somewhere between really dangerous and deadly.

Most of us have adapted to indoor life. If we have a garden its a saviour, if not we retreat into making the best of what we have. The ignorant or marginalised might still pop down the shops, but the rest of us order in. In nearly five months we have left our domains half a dozen times to attend urgent medical appointments or drive into the country to find somewhere people-free to get a dose of nature.

Maggie arranged for a fully PPE adorned hairdresser to come into our garden to cut her hair. I am dreading next week when I have to chance a visit to the dentist which was necessary five months ago! Their ‘new normal’ means arriving exactly on time for an appointment, to have one’s temperature taken, hands sanitised and to be led to a dentist’s room with the windows wide open and the aircon going full blast… hopefully in the company of a dentist wearing head to foot PPE, or better yet a robot!

With only a few effective treatments and no vaccine… that will be life for the foreseeable future for grumpy old birders with pre-existing medical conditions! 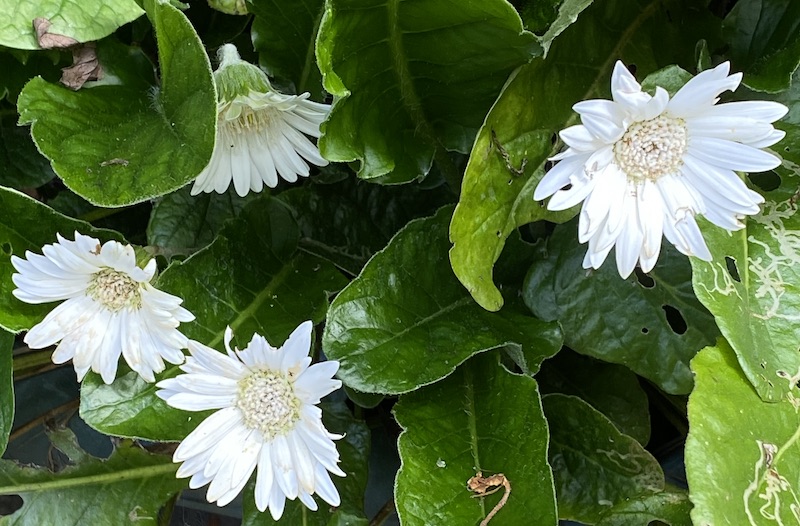