I noticed subtle differences in this hoverfly today and, looking back at previous mentions I realise that this is the opposite sex to the other one featured. 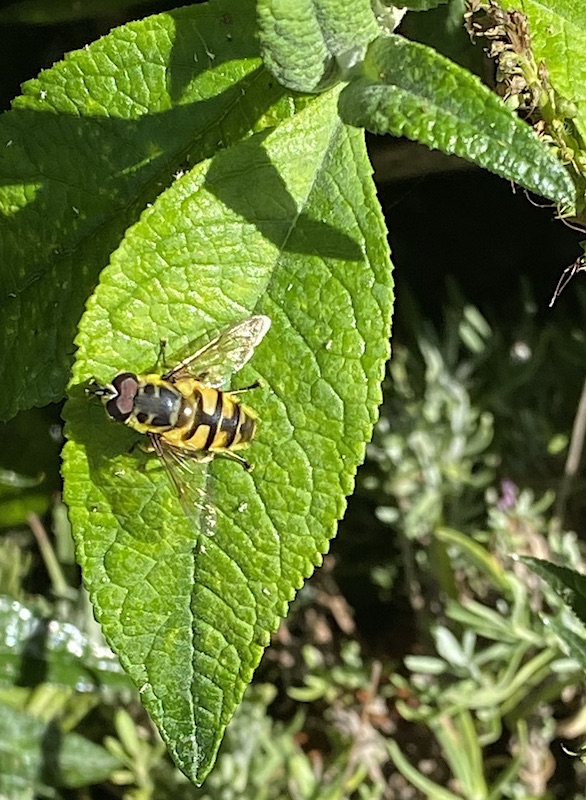 I had wondered, when I planted up the hanging basket whether to leave it as a single species Calibrachoa, then decided to pop a few nasturtium seeds in too. The extra height and complimentary colours make me think it was the right decision. 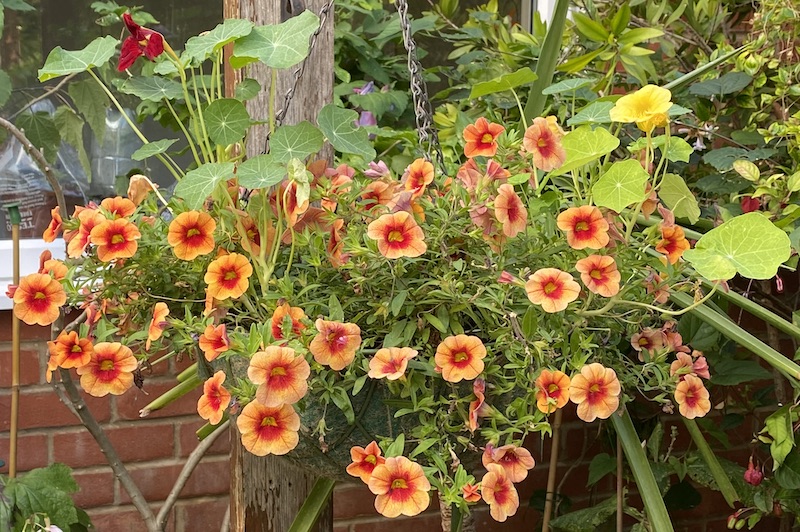 I guess I went a bit mad with the nasturtiums all around the garden including one which was apparently black and white… but was nothing of the sort. Still I’m happy with all the different reds. yellows and organges. 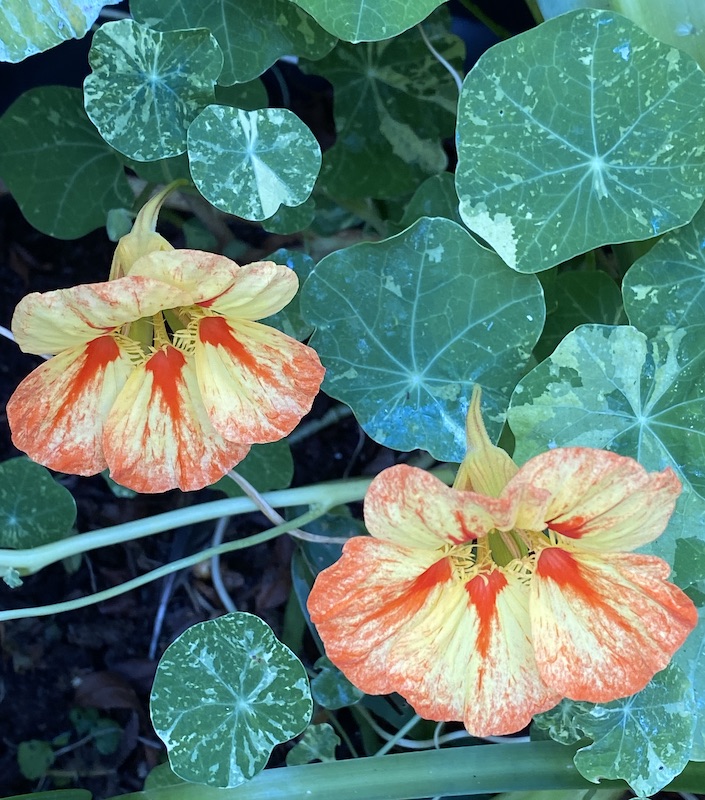 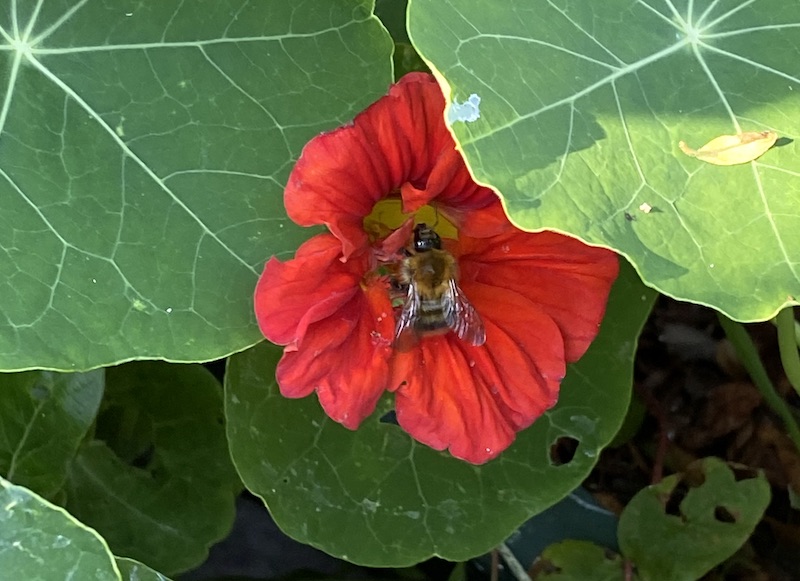 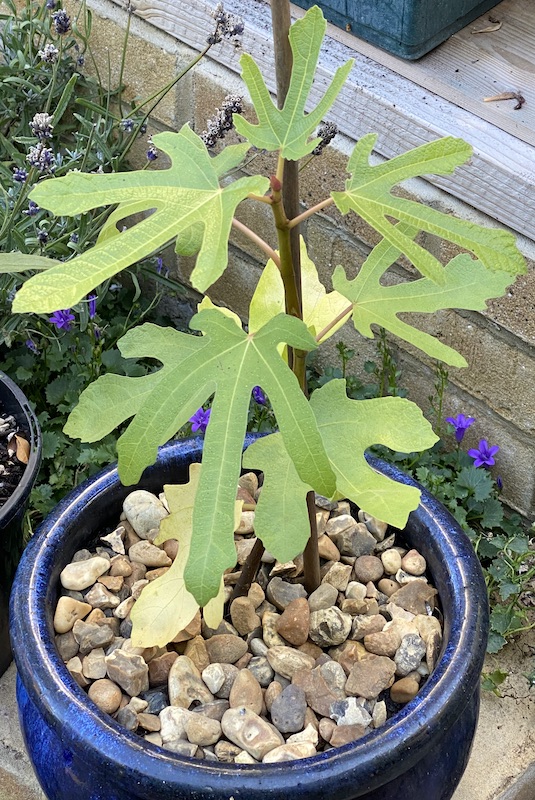 The flashy two tone coreopsis is no longer alone as a couple of pots now sport a rather more subdued but splendid yellow flower. 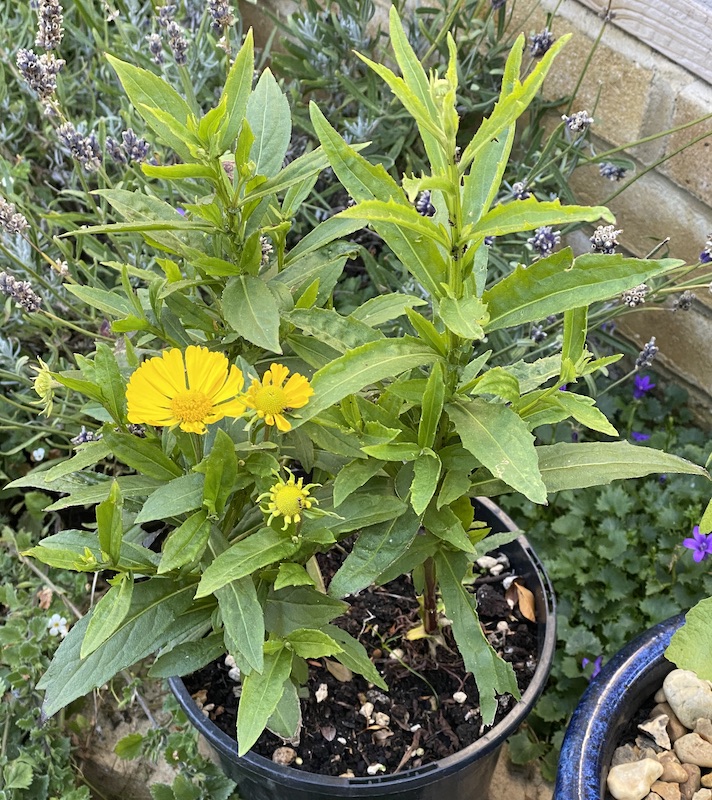 The same could be said of this coneflower… not quite as gaudy as its fellow, although this is a related species, not the same as the Black-eyed Susans. 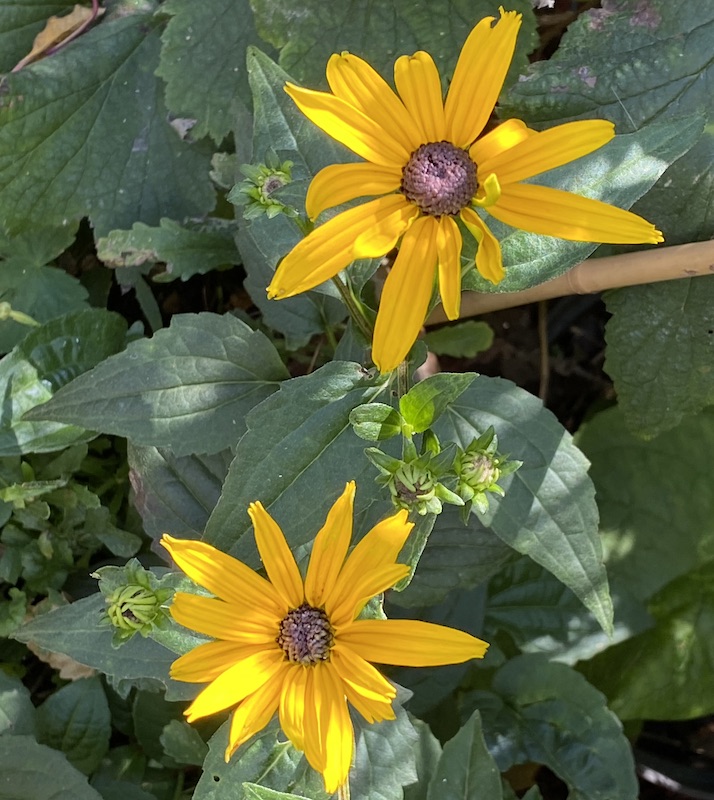 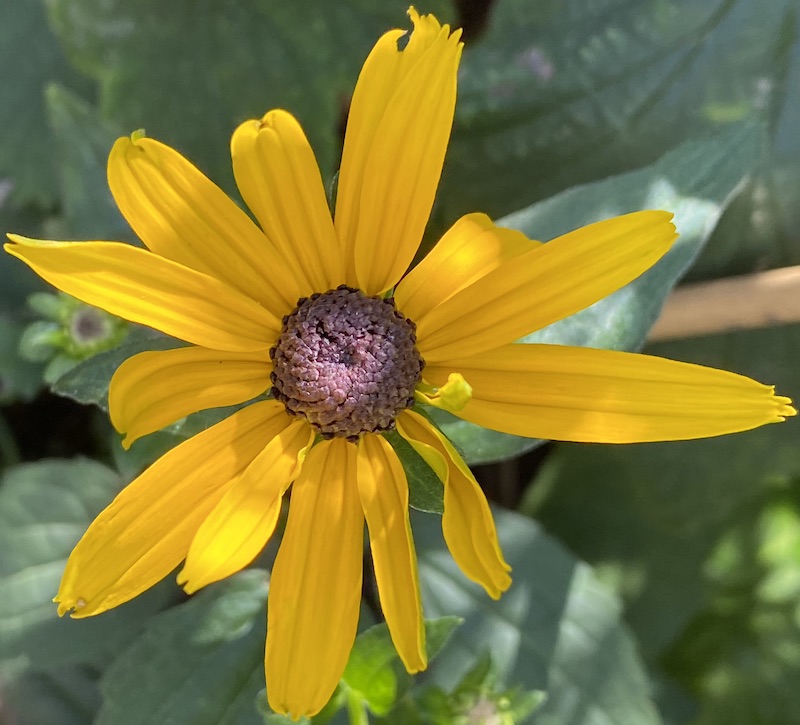