While Cyclamen are a family of plants the species most often cultivated is known to gardeners simply as cyclamen. It is often grown in a pot as an indoor splash of colour. I certainly was given mine like that years ago, but when it finished blooming I popped it into a planter that was already growing something else. Up come the flowers each year in delicious colour well before their leaves appear. As the blooms die, the leaves flourish feeding the corms for their next flowering. They spread out nicely. Moreover they do seed as I have a couple of others that came up in cracks between pavers. 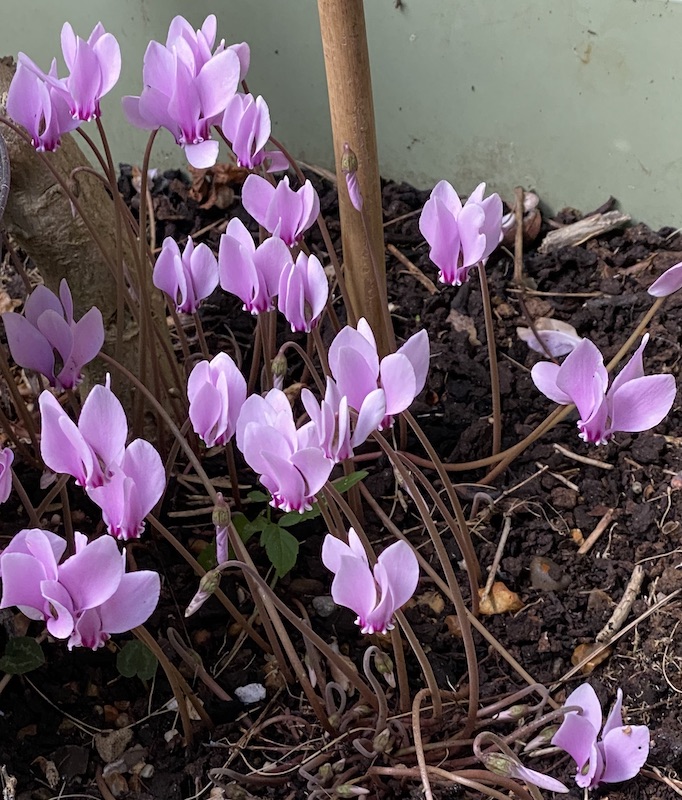 The picture below shows this unassuming grass-like plant as it first flowered… and again in late August. Most of the year it looks like a tuft of grass but in mid-summer it starts showing off until it is quite imposing. 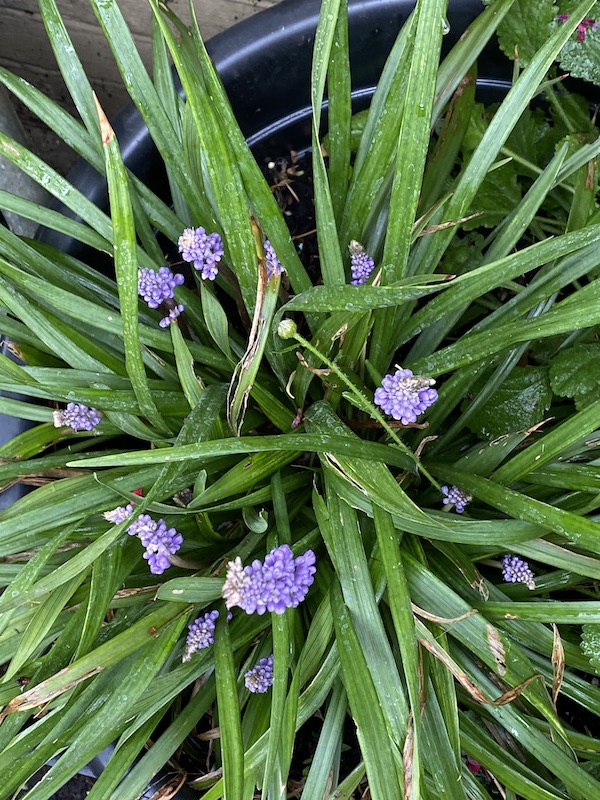 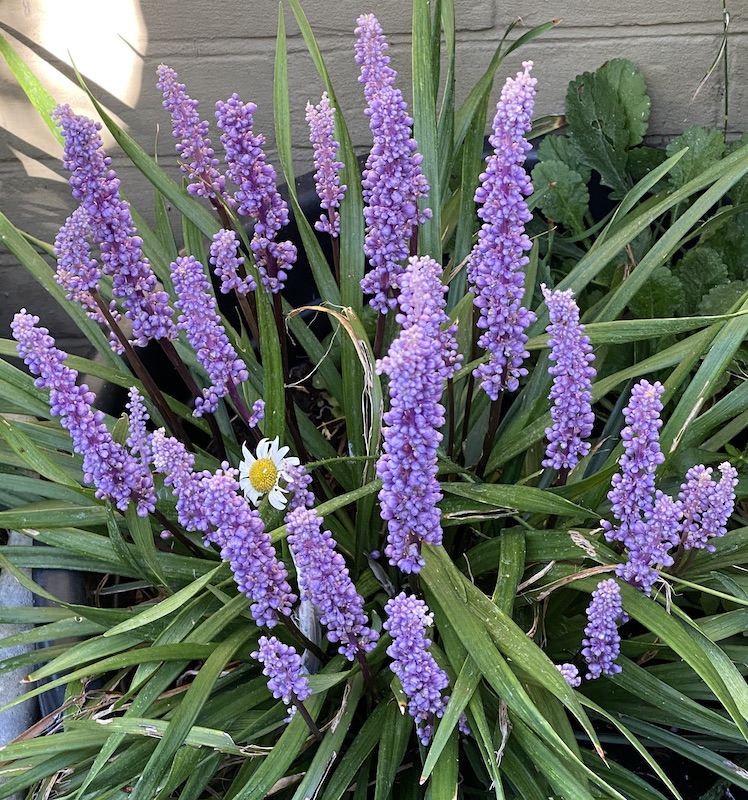 Often Abutilons are literally hidden as their flowers droop down and may be obscured by foliage. A number of different species have given rise to cultivars including Abutilon pictum and Abutilon theophrasti and the original bushes have many common names including Velvetleaf and Indian or Lantern Mallow. 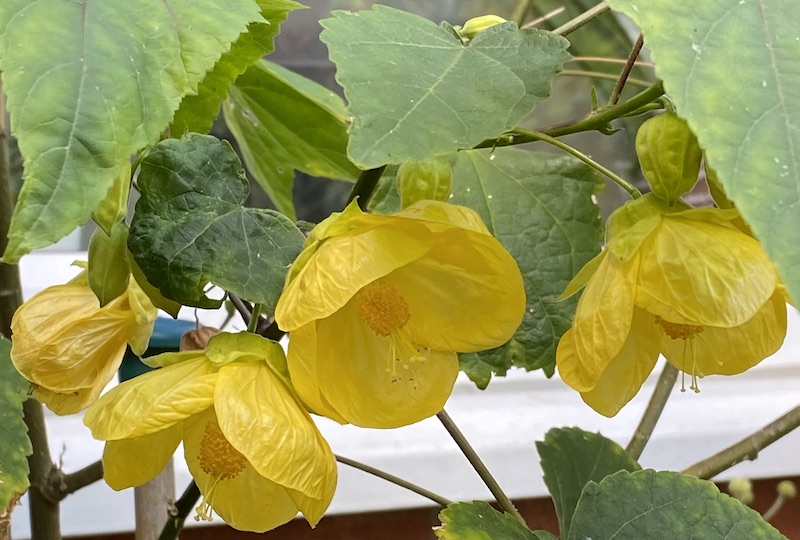 Another species, with a now reclassified genus, also has many cultivars although the one below is very close to the original wild flower. 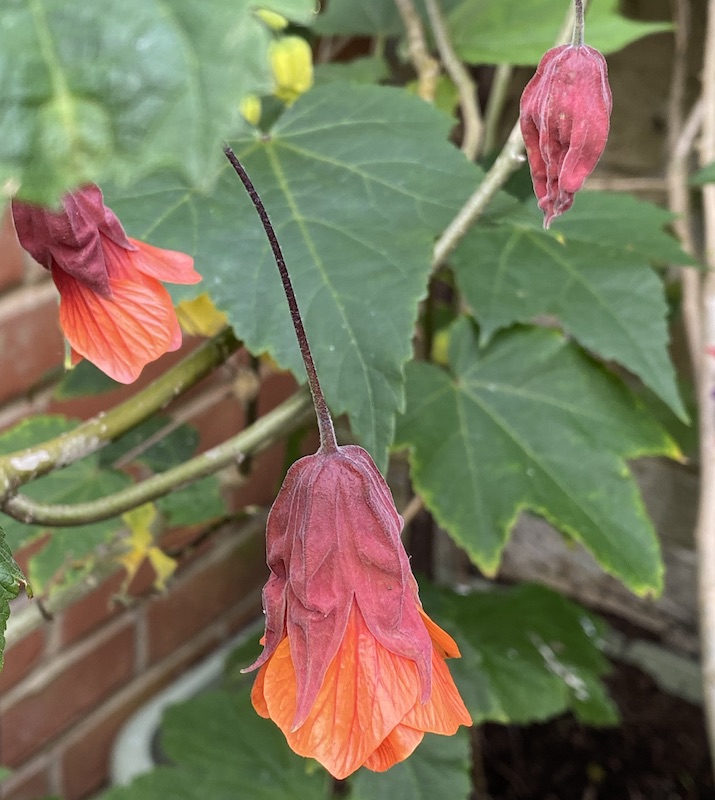