I should have taken some ‘before’ pictures this morning, but, as often happens the intention to ‘move a couple of pots’ turned into a few hours clearing, moving stuff and generally revamping an area.  So, I looked back through my photos to find I have few direct ones of the area where the feeders are, down the side of the house. Much of the corner has been taken up by a ‘false’ Caster Oil plant, a towering Buddleia, a Bay tree in a pot and some shaded pots.

There are few pictures as it has been a utilitarian area rather than a pretty one. However, two issued provoked the changes. The very tall buddleia had stopped flowering and there is a hole through which cats enter or leave the garden, and it needed plugging. 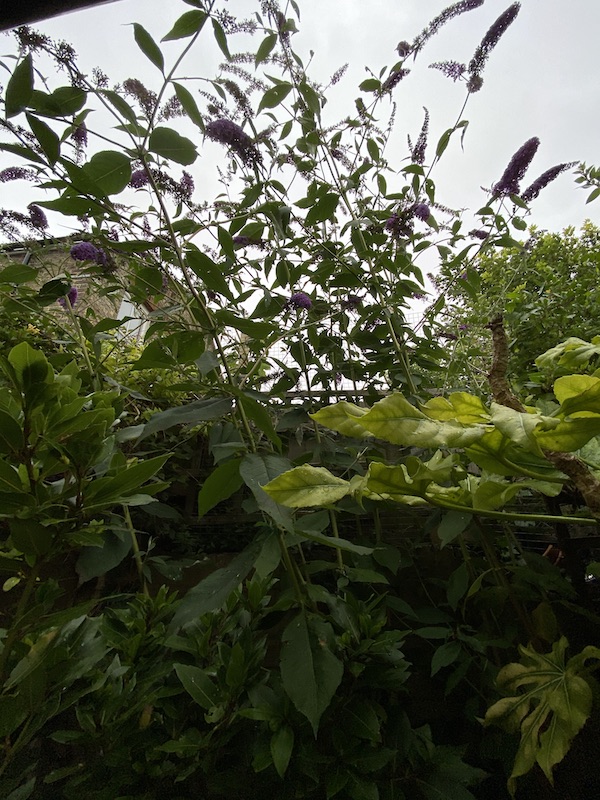 Dominant Buddleia taking all the light

The area behind the feeders 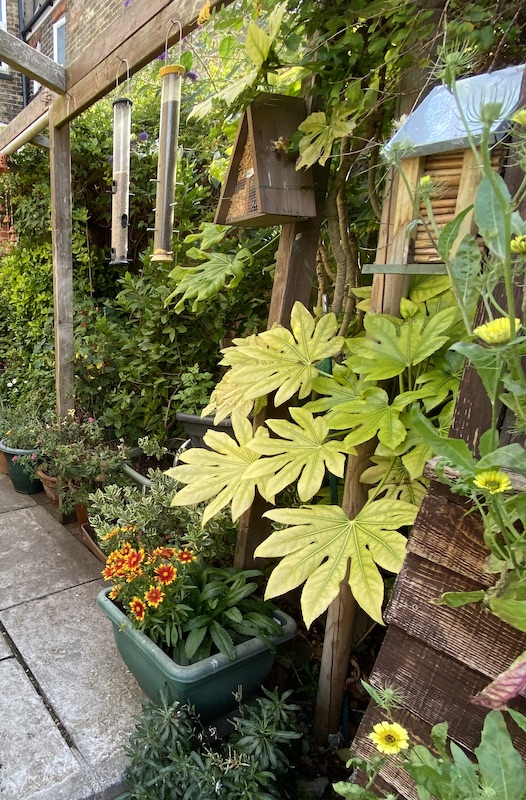 Taking the Buddleia down to a foot from the ground (it will grow like the clappers in Spring) has let in hugely more light. Clearing away debris and honeysuckle stalks that give nothing, has meant we could push the Bay to the back wall and generally move stuff back and around so that it gives us more space and, hopefully, will flourish. 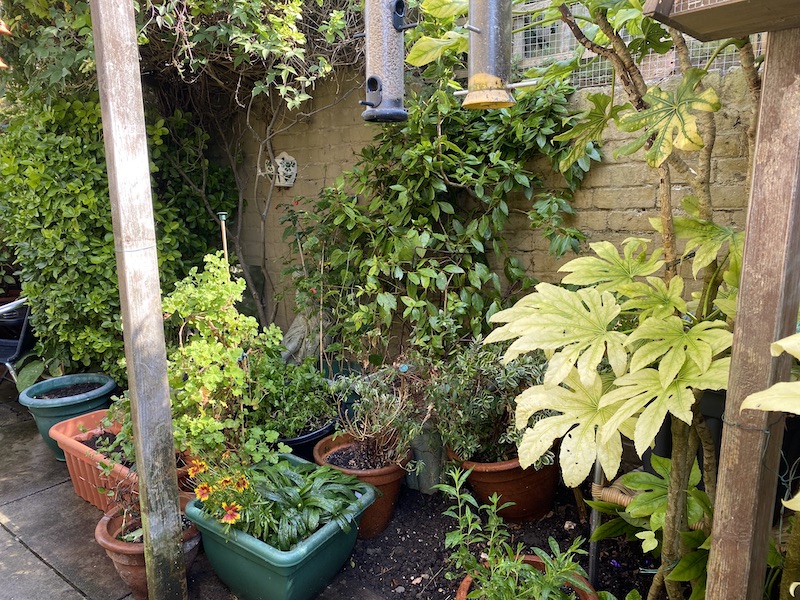 Then dark and dreary area now has light streaming in… 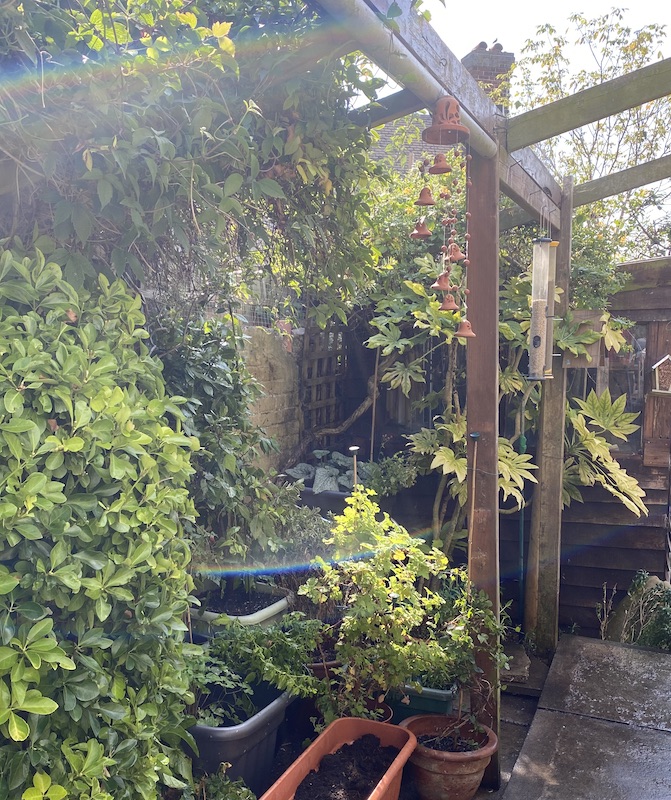 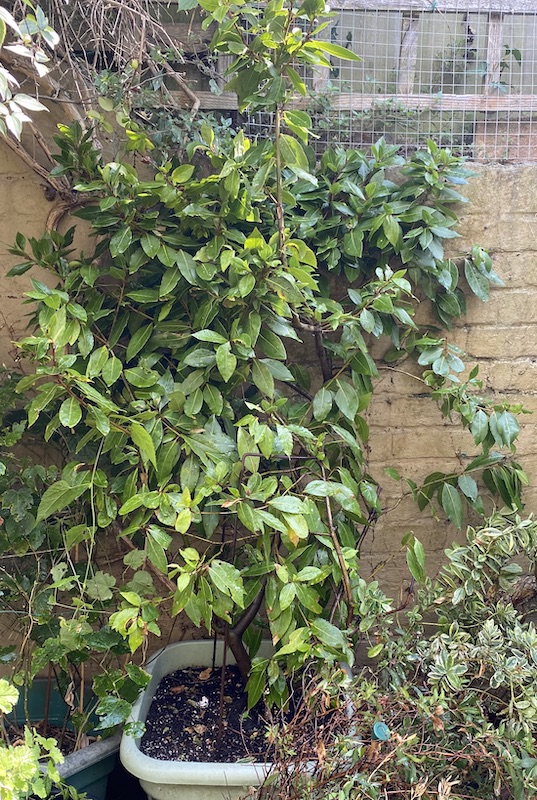