This time of year is the ideal time to re-model as many plants are past their best so can be cut back and the weather is often mild and so conducive to working outside. Trimming bushes will mean there is little growth to come, but cutting back perennials gives them a chance to put on a little growth before winter dormancy, so it’s the best of both worlds. Having had one growing season newly established plants in pots may well need to be moved to where they will do better and your mistakes can be put right too. 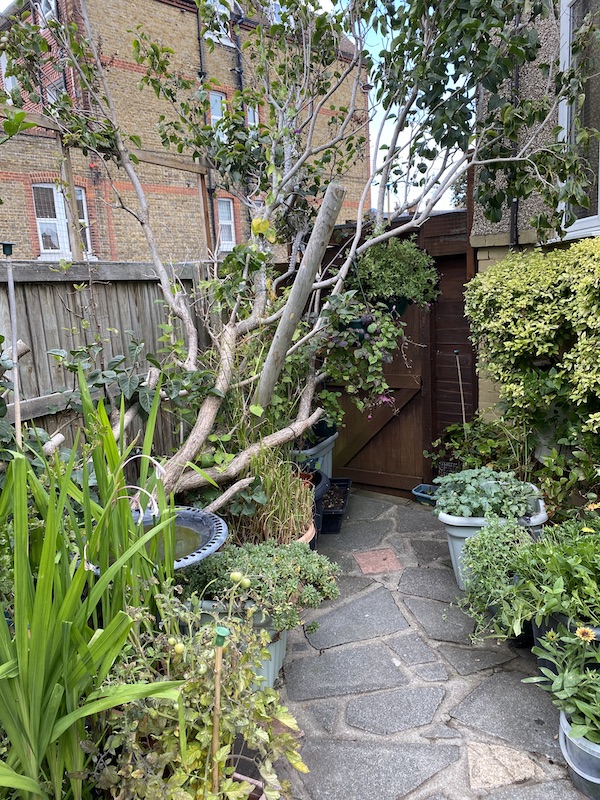 I’ve started the re-modelling with an area of garden which encompasses the most hidden area as well as the most sun-drenched. The back gate and lilac tree are a really shaded area, but come a few feet forward and the area under the bedroom window gets full sun for most of the day. It also was where I was growing tomatoes in troughs and so there were large gaps needing filling.

Our plan is to be radical with the lilac. We made the mistake of allowing a honeysuckle to use it as a climbing frame and the tree was smothered. We removed it this year letting in so much more light to the garden. However, the lilac was left tall yet scantily clad and one branch bangs against the bedroom window in high winds. We have been carefully training up new suckers and shoots closer to its base and, when the leaves fall, we will take out all the over-tall branches.

After our tidy up it now looks like this: 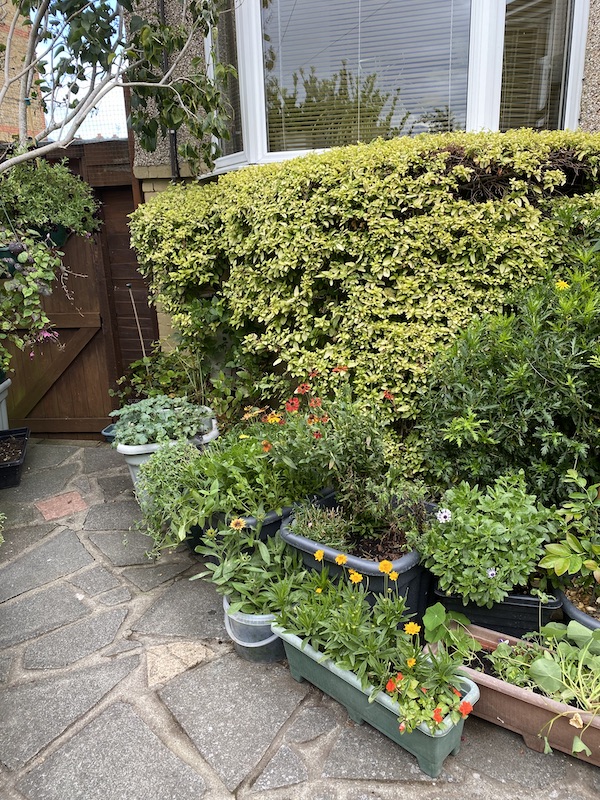 Slightly worrying, the ceanothus has developed some holes where the leaves have died?

Osteospermums do well in this maritime, southern climate not only lasting for years, but sometimes growing to the size that the original species do is South Africa. Oddly some are in full bloom while others are straggly and ‘gone over’. This is despite the fact that I have religiously dead-headed them all the same way. So the straggly ones have been severely cut back in order to encourage them to bush out and regrow. Sometimes this works a treat, but, for no reason I know, some give up the ghost when treated this way. I feel it’s better to take the risk as, otherwise, one ends up with an unattractive lanky plant that has few flowers. Some of the annuals like the nasturtiums and pansies survive winter and go on a second year so, if the plant still looks good, I tidy them up and keep them in place. If they are unattractively untidy etc. its best to discard them. 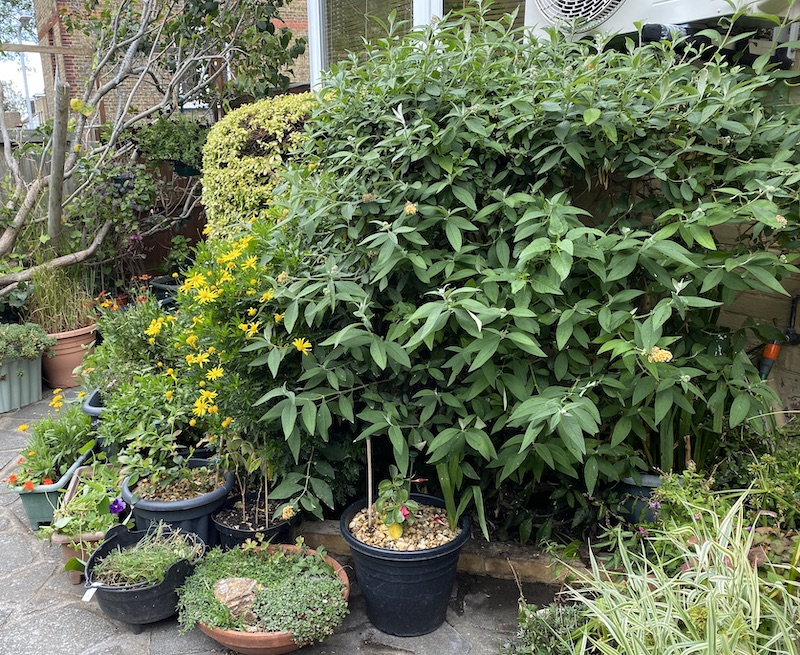 The ‘natural’ end of this part of the garden is the globe buddleia but it remains untrimmed because it flowered so late and is very much liked by the insects. We will wait until it finishes flowering before trimming it back to shape.

For me there is a compromise between a formal garden and a wildlife one. To be honest how things look is irrelevant to the bees and hoverflies. I grow all sorts of wildflowers and increasingly allow ‘weeds’ to mature, but at the same time I do not want attractive plants to be overwhelmed. So, invasive species get culled and shrubs get trimmed to give pleasing shapes and to keep windows clear etc. Because we do not have massive borders the only way we can give the garden different levels is by carefully encouraging and shaping what we have to give the garden height and depth, or, at least, the illusion of space.