The more fungi I see the more I am fascinated by their variety of forms, colour, pattern and associated habitat. They are not as exciting to me as birds, but they have one massive advantage, they don’t fly off and I can easily photograph them with my iPhone. Here are some more from yesterdays outing. 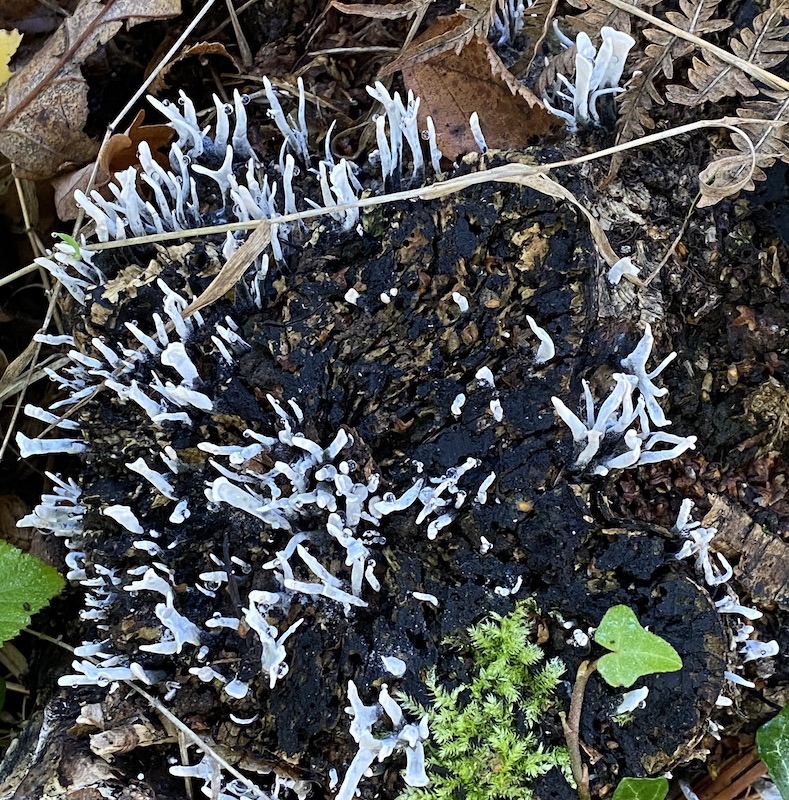 The common name Candlesnuff Fungus is something of an enigma. It suggests something that once emitted light, but no longer does, however, in reality it is a bioluminescent fungus, and in a really dark place it can be seen to emit light continually as phosphorus accumulated within the mycelium reacts with oxygen and other chemicals in the fungus. Unfortunately the amount of light from this and most other bioluminescent fungi is very weak indeed. Having said that, they almost appear to glow as the camera picks up the bluer tones that, to the naked eye, just appear a deathly white. As Maggie said these tiny (max 1cm) fungi look like something one would expect to see underwater sprouting from a reef.

To our eyes the next fungi seemed to be pink or cerise despite their name, but, like a lot of fungi there seems to be very wide variation in colour and form. Finding these just after finding the Fly Agarics just reinforced the rich colours one can hope to see. 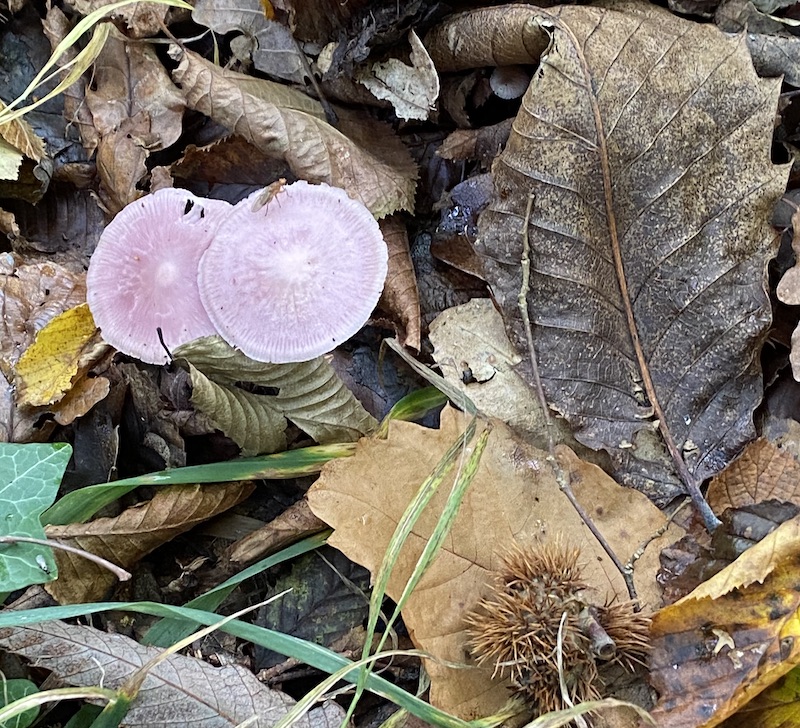 For the second time, without realising it, I’ve captured a fly sitting on the fungus. To me it looks identical to the other one which was miles away on a different fungi species… makes me wonder if there is a fungus fly after all?

I’d be tempted to conclude these are Sciarid Flies, otherwise known as Fungas Gnats Bradysia paupera, but they don’t have long antennae so these look like typical flies with very short antennae. I am informed that the most likely genera is Suillia and the most likely species Suillia variegata.

The fungi below seem to me to be another species of Magic Mushroom… as always ID is provisional. 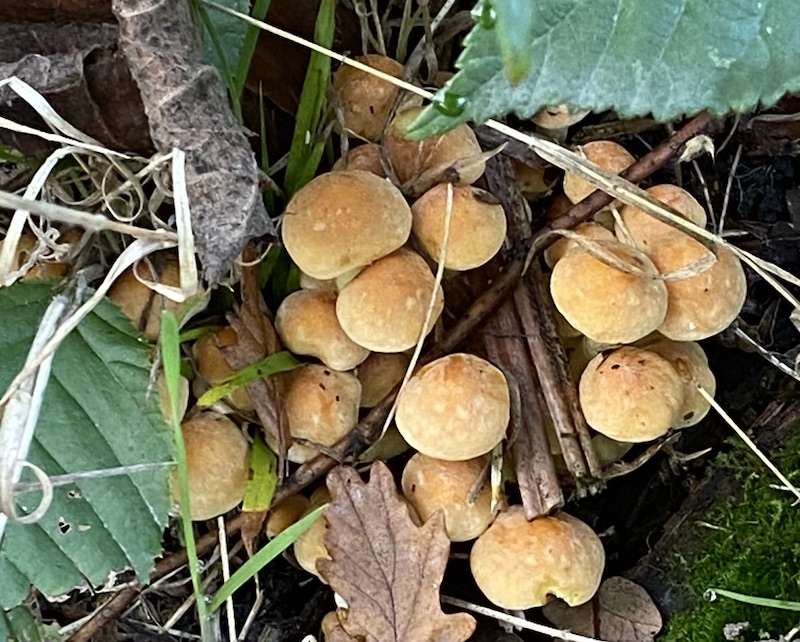 Apparently there are at least 180 species of fungi that contain the active psychotropic drug Psilocybin C12H17N2O4P!