Ever since I was a small child I have wanted to see the mushrooms that were always depicted in fairy stories, usually with a pixie or two sitting crosslegged on top of one playing a flute or pan pipes. The garish colours looked as unlikely as the tales themselves. For most of my three score years and eleven, although I knew they were real, never saw one so assigned them to fantasy. Today we came across lots in a Sweet Chestnut coppice in East Blean Woods.

As always being in the right place at the right time is everything. Clearly we were as we noticed someone walking through the woods with a lidded pail, clearly foraging for edible fungi – brave or foolhardy? 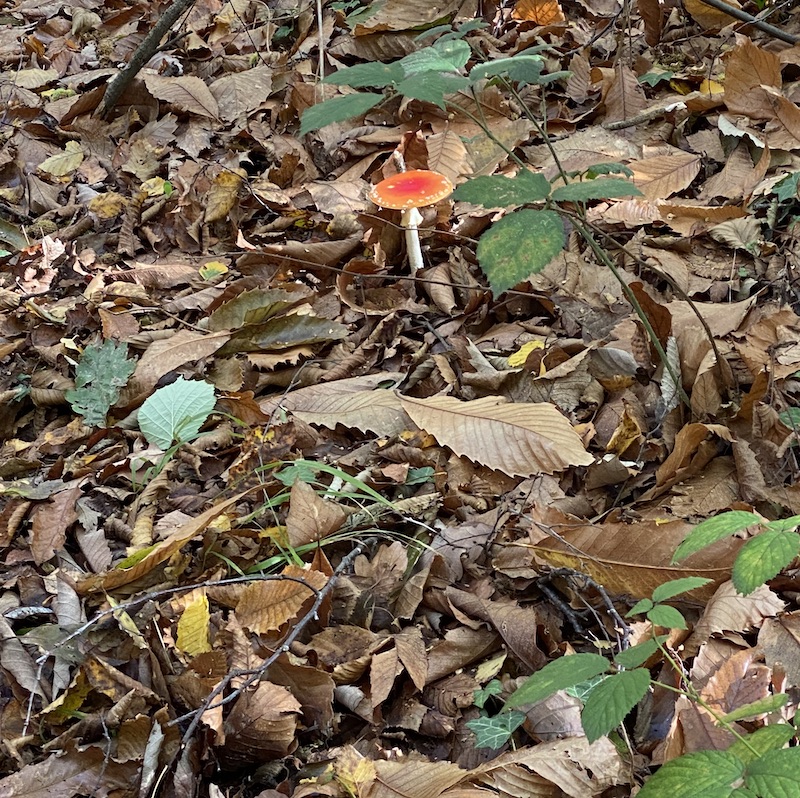 Only a lone Chiffchaff and a calling Jay stirred in the woods and a Robin tame enough to follow our path. In the hour or so we wandered about the only other birds we saw were a Chaffinch and a Great Tit.

But the lack of birds and even the rain could not dampen our enthusiasm as we found many fungi, perhaps half a dozen of which were new to us, but these red devils made our day. 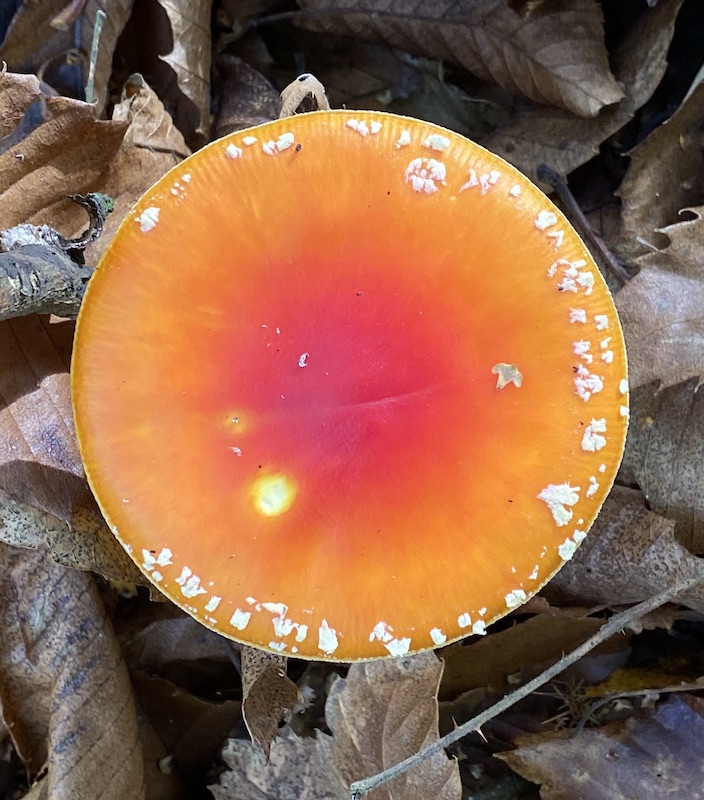 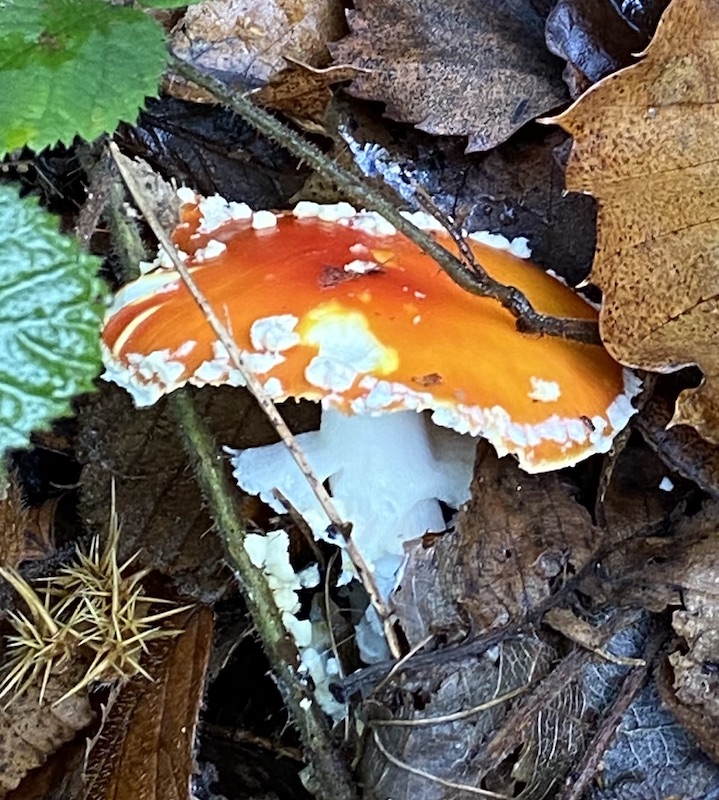 What fantastic colour in an otherwise muted scene of browns and greens. Even the newly emerging fungi fruit were startling, looking as if someone had scattered slightly unripe tomatoes over the leaf-litter. 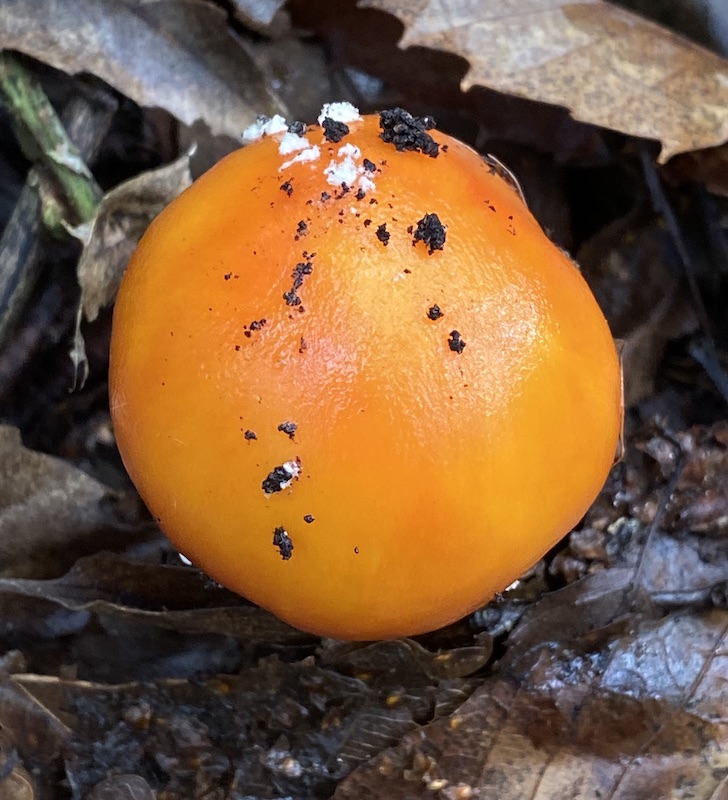 As it emerges among the mouldering leaves it looks like a fancy restaurant dessert; perhaps an orange sorbet dusted with icing sugar and chocolate ‘soil’. Not that eating them is recommended, they are certainly hallucinogenic and can be fatal.