When Maggie went off to find the fungus she had spotted… I moved the car into the wood. Fifty feet away was a fallen tree and I squinted at it as it looked as ‘though someone had left a posy of flowers on it. Perhaps there was a flower growing on top? I had to go see. I walked up avoiding the five foot tall stinging nettles and got a better look. A really spectacular crop of fungi was growing out of the top.

I think I have identified it, but found its much harder to pin down than I imagined. There is a confusion species apparently, one is good to eat the other (Funeral Bell) is deadly. I wish I knew an expert as I hate getting these tings wrong.

The fallen tree had two other, different fungi growing from it. Another spectacular outcrop is, I hope, what I’ve labelled it. 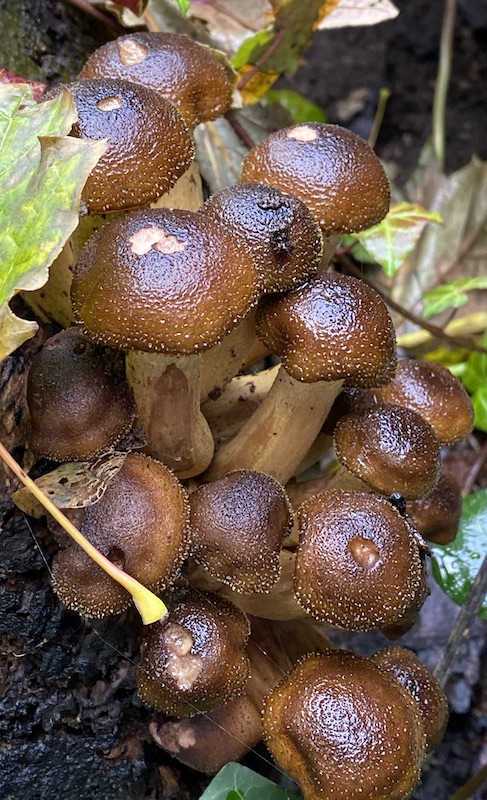 Lastly a rather less beautiful, but no less interesting bracket fungus that probably grew on it when it was a living tree. 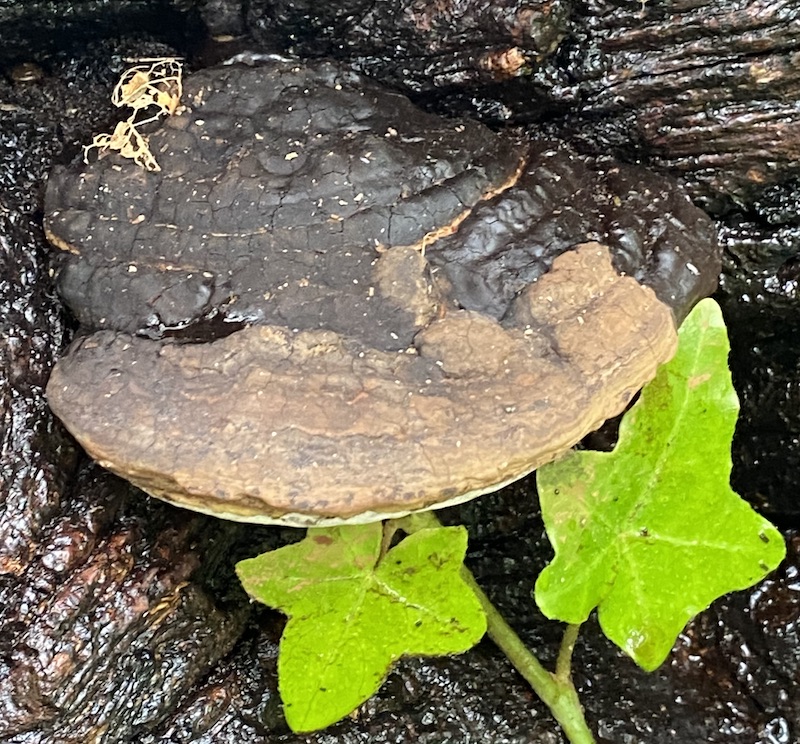 When Maggie returned I admit I said “I bet my photos are more interesting than yours“. She hasn’t forgiven me yet for being right.

In the same little wood was a patch of self-sown Cyclamen. 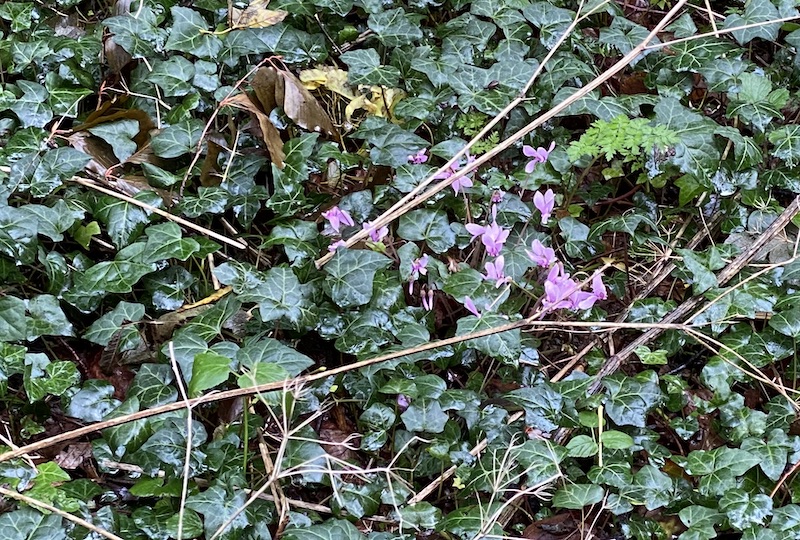