It’s odd how frustration and a general love of the wild world can push one from being a birder without focus to a naturalist always having something to look out for. I’d spotted a nice picture of a toadstool on someone else’s blog and thought how often I’d seen interesting fungi and done nothing about it so we set off in search of migrants, thinking that if there was nowt about we would look for fungi. The sea was flat and devoid of birds other than gulls and few fulmars and cormorants. 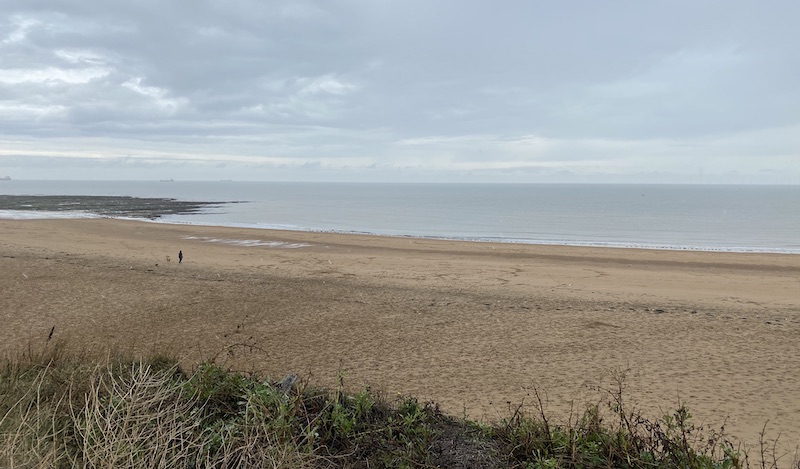 The near by road running between the golf course and a cabbage field and horse and sheep paddock has often turned up stuff so we took a slow drive along it. Not masses about but a small flock of pied and white wagtails giving us the opportunity to hone our ID skills… and a single Wheatear among the usual suspects and an incredible number of gulls in the distance staying out of the wind. 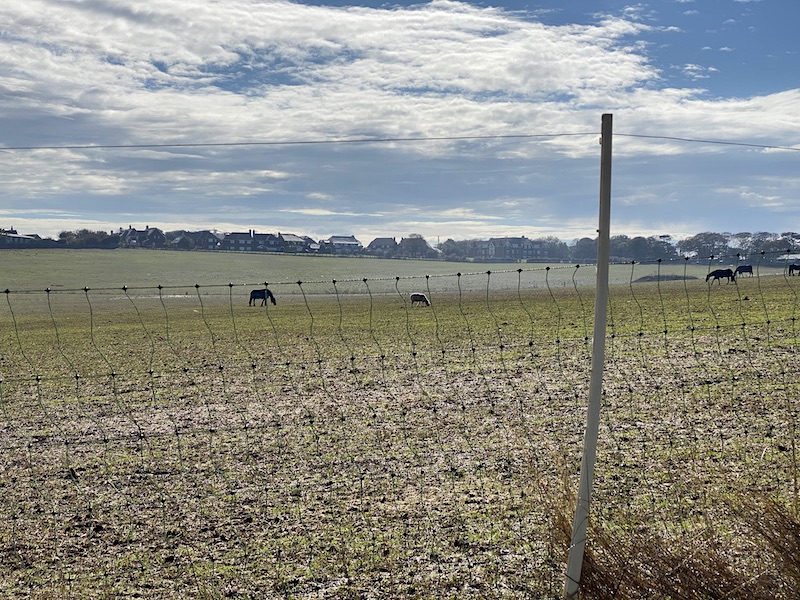 When we moved here two decades ago this was a very reliable spot for migrants… these days less so but always worth checking Autumn & Spring. I’m told the area around the lighthouse is also great.

As the clouds lifted and the sun broke through we decided to take a look at another clifftop and see if the birds were passing through. Plenty of swallows and house martens, but otherwise just flocks of starlings, sparrows and goldfinches.

Maybe the park would hold more, so we drove into it. On the way Maggie spotted some fungi up a tree so when I stopped the car she set off to cross the park and adjacent road to investigate and I moved the car into the tiny wood. I thought I saw something interesting on a fallen tree, so set off to investigate…