I guess yesterday was momentous… we received our first covid vaccination. In our case it was the Pfizer one. 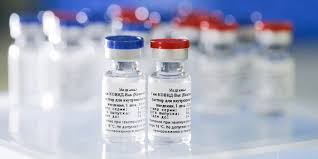 At least it prompted me out of my lethargy and into blogging mode again.

The process was interesting and surprisingly efficient. Our appointment was 3.45 and we arrived at the vaccination centre (a church hall) a little early but were ushered in and asked the necessary questions about our current health and history. The hall had been set up with ‘socially distanced’ seating. There were five or six rows of chairs all spaced out with a capacity of around fifty people. We took our place and a staff member worked along the row with their tablet checking us off against a list and asking the same questions as before. At this stage we were told we were getting the Pfizer jab so would need to stay in our seats for 15 minutes after receiving the inoculation.

We could see other rows were either waiting out their post jab time or waiting for the jab while one vaccinator worked her way up one row. When our turn came it was very smoothly done with a painless jab. 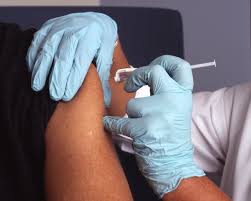 We chatted while waiting out our 15 minutes and I was struck by something I hadn’t experienced in a year… hubbub. Jackets back on we left and were handed the leaflet describing potential reaction. The whole process from arrival to departure was 30 minutes… pretty efficient stuff.

So that’s 8 million of us who’ve had one dose… we were told that if we had not been called for the second dose within ten weeks we should contact our surgery.

Just heard that my ex-wife had her jab the same day… but the AstraZenecer one… my son looks upon this as an experiment while he waits for… what exactly?

Meanwhile an old friend asked me to monitor my reactions so that he would know what to expect. Well, nothing much so far. I woke to find my arm is a bit achy and a bit tender.