A random afternoon today. Decided to take a look at the sea at high tide (c.1.30pm) from Westgate. In a vista of perhaps ten square miles of ocean I saw… just 9 birds! There were more yachts than birds and twice as many big ships… mostly container ships anchored off shore. The nine birds were; four Cormorants, two Great Black-backed Gulls, one Fulmar and two Great Skua way out on the horizon. The skuas were the first birds I saw as I was scanning way out thinking if anything was moving that is where they would be. To me they are like ‘sea buzzards’… my first skuas of 2020! Deciding to go on to Joss Bay we got as far as Palm Bay Avenue to find someone practicing with their huge kites. A geisha, a Manta Ray and a Dragon were flying high tethered to the ground. 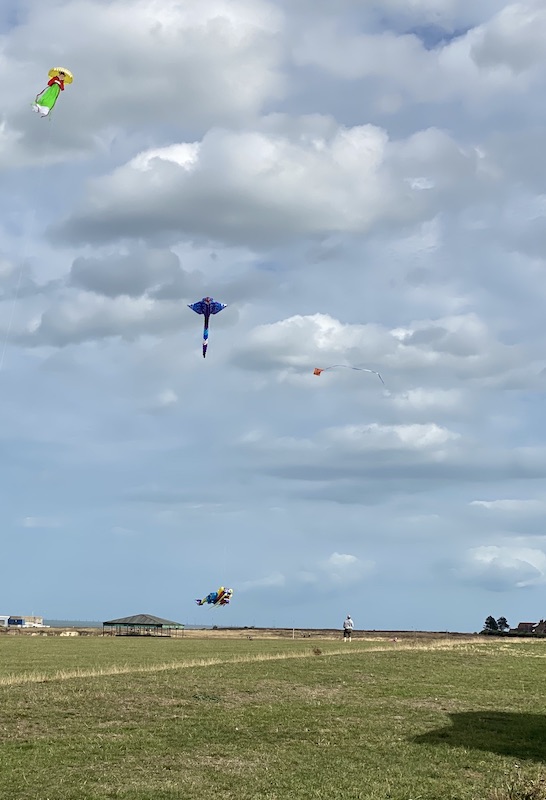 Perhaps he was getting ready for Margate International Kite Festival that usually takes place at the end of September… I wonder if it’s still on this year?

There was nothing to be seen on the sea at Joss Bay so I drove up Elmwood Avenue. When I moved to Margate two decades ago this was my Autumn haunt where I would see Black Redstarts, Firecrests, Spotted and Pied Flycatchers and Ring Ousels… but in recent years Autumn birding has been skinny there. What I did notice today was that in the hedge bordering the golf course were at least two small Walnut trees with ripening fruit, can’t say I ever noticed them before. 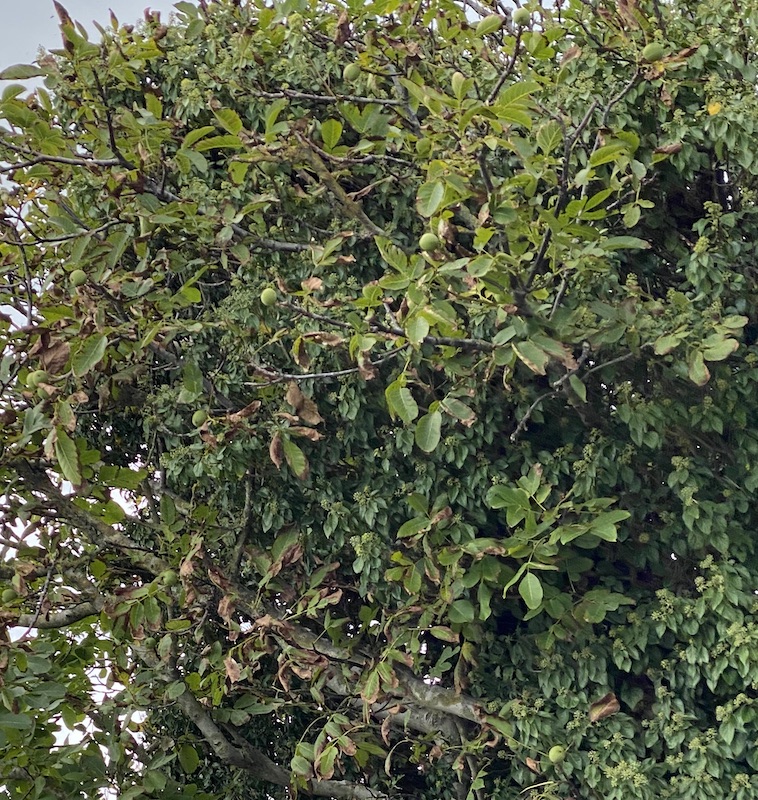 Several warblers flitted in and out of the hedge in what I assess as typical migratory behaviour. In my experience there is something about migrating birds feeding up before they cross the Channel. Birds, whether warblers, chats or whatever seem to dive into a bush and stay hidden before popping our and diving back in a few feet away. In warmer weather they may loop out to catch insects but often move along a hedge as a mixed flock maybe containing Redstarts, Firecrests, Flycatchers, chats and warblers and even resident tits and finches.

Maggie was watching the field on her side of the road and called my attention to three birds feeding along the fence and among the cabbages which, without looking, I dismissed as Linnets. One of the warblers flew across the road and joined them close to us in the corner of the field sometimes dropping down and feeding among the weeds (Fat Hen). The warbler turned out to be a smart Willow Warbler and the birds I had dismissed were a trio of very attractive Whinchats!