Yesterday was the first day I’ve missed blogging in many months… I was, shall we say, ‘indisposed’ (I will spare you the lavatorial detail).

So this post is about an outing several days ago. I joined a local angling club, I may fish a bit, but the real motivation was access to a couple of places I’ve always gone birding. The ‘hedge of dreams’ only has access to its angler’s carpark and the walk is beyond me. So it seemed reasonable to spend a few quid joining so I could birdwatch the hedge during migration and maybe, when the weather is good, cast a line or two. I recon that, over the years, the vast majority of times I’ve seen kingfishers is when I’ve been fishing. Because I am still and quiet when ‘drowning worms’, I’ve had some cracking wildlife views.

There are a couple of lakes as well as a stretch of the Stour I can fish so I’ve checked both sites out. Oddly, at each, we have been within feet of Buzzards disturbed by us turning up. One was eye-level and flew towards us out of a bush. As they only lately recolonised this county they are always a pleasure to see. 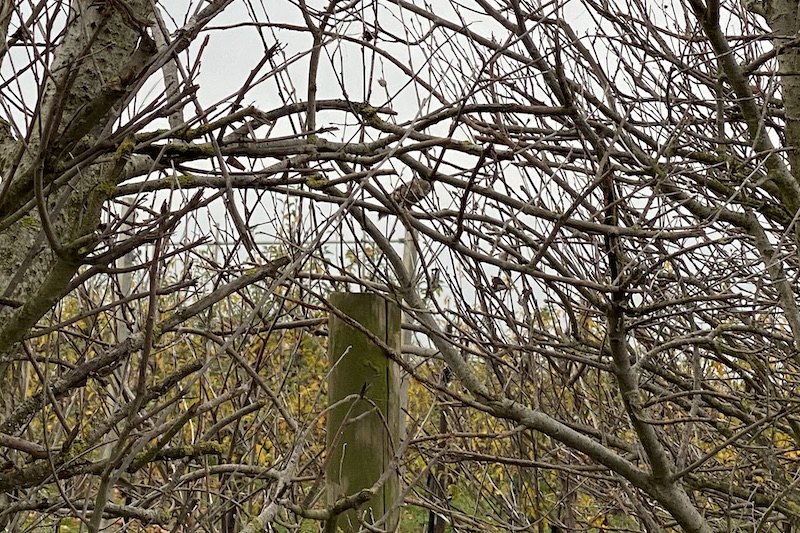 This buzzard was spotted en route among apple orchards although it flew off as we tried to get a better photo… when we went back the other way it had returned.

Near the fishing pegs on the Stour at Pluck’s Gutter (worth going just for the name). It is so many years since I tried fishing a river, I’ve forgotten the techniques but will give it a go! 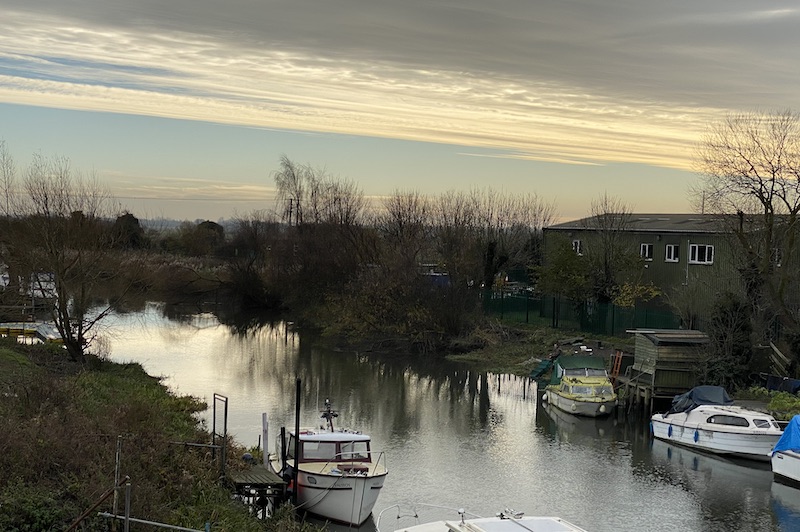