Another red-letter-day today, albeit accompanied by lots of misidentification. I was fooled by this hoverfly into thinking it was a wasp. Nevertheless, I followed it about until it settled for a photograph as it seemed considerably larger than the Common Wasp I photographed the other day.

As soon as I looked at the enlarged pictures of its face I saw that I was wrong. 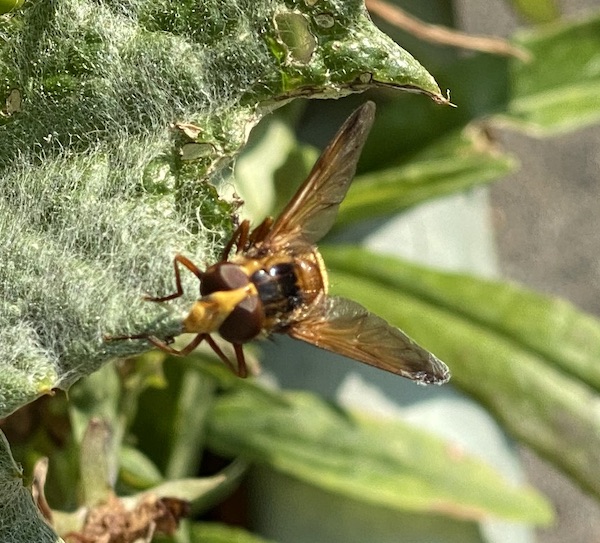 It might be a bit blurry but it is definitely not a wasp face. Looking at the full body shot, particularly the brown wings I immediately assumed it was a Hornet Hoverfly, a mimic I had heard about but not seen. I trawled through the fieldguide to confirm my ID and saw that I was wrong… the thorax pattern was wrong… turned out to be a very close relative (of a Hornet Hoverfly, not of mine :-)) 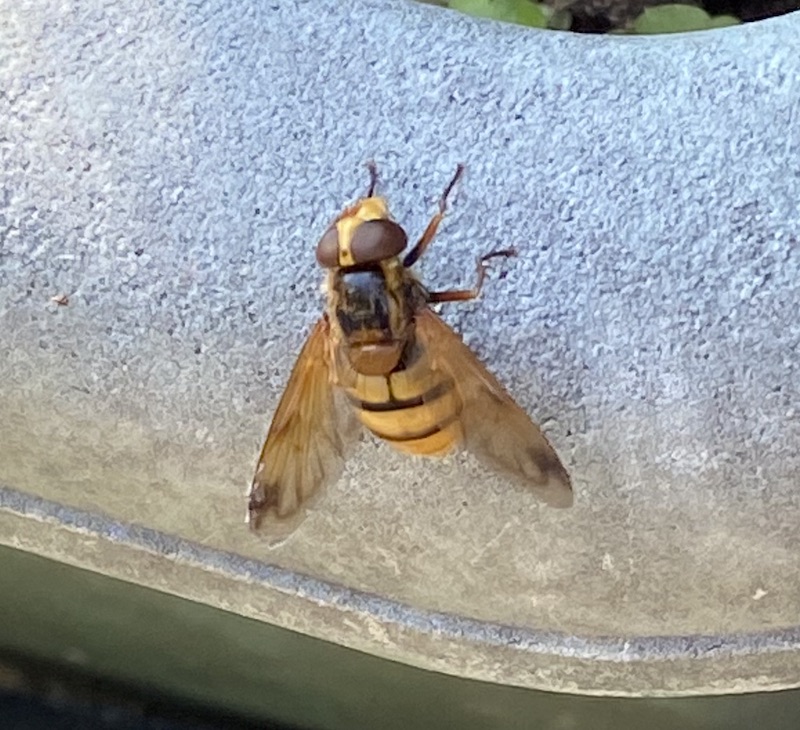 I don’t feel too bad about my misidentifications. To quote the RSPB website entry on hoverflies: Although these brightly-coloured insects look like bees or wasps, they are in fact true flies and do not sting. Hoverflies are excellent examples of Batesian mimicry (named after H W Bates who first described it in 1862). They generally mimic bees and wasps – insects that sting and also taste unpleasant, so are avoided by predators. Drone-flies mimic honey bees, Volucella bombylans, has several different forms mimicking bumblebees, while others species are very convincing wasp mimics.

I just noticed another intruder… this must have come from the bird feed… which is odd as we get sunflower hearts, so this plant has grown from a germinated heart just as if it was a entire seed. It picked a great spot as it has an existing support to keep it upright. 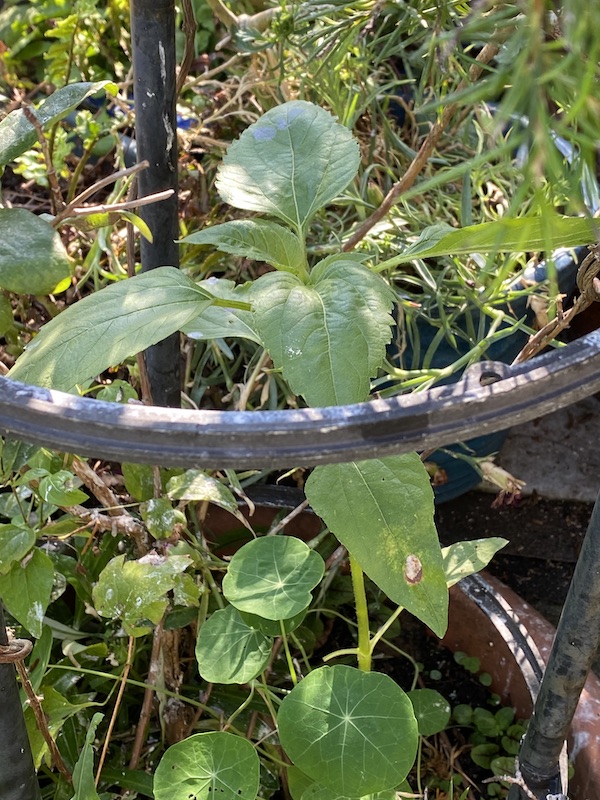