I guess our Olive ‘Tree’ is now about seven or eight years old… maybe more. Confined to a pot its never going to be full size but it started fruiting a few years ago. There are always masses of flowers, but some years the number of olives is more than others. This year looks like it might be a good one given these tiny olives. I see more and more in southeast gardens – maybe another indicator of climate change. I recall from a bus trip in Tunisia that there are forty million olive trees there! 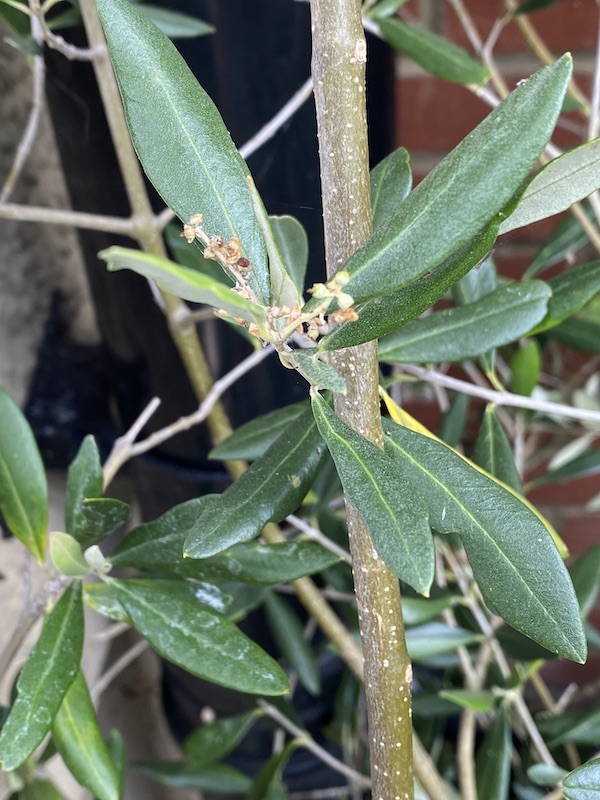 Amphibians have small beginnings and we were very much entertained this year by the frogs laying loads of spawn most of which successfully hatched back before lockdown was imposed. We watched them grow into huge tadpoles, get their legs, lose their gills and tails. Yet for weeks there were still loads of tadpoles of various sizes. Its mystifying to me that when clearing some of the duckweed last month we were still accidentally capturing tiny tadpoles even although it had been about four or five months since there was spawn? I know some amphibians can stay in the ‘tadpole’ stage for years and some salamanders can even produce offspring during that stage… but have always assumed common frogs were tadpoles for just a short time? More evidence today when this chap jumped into view. About the size of my first thumb joint! 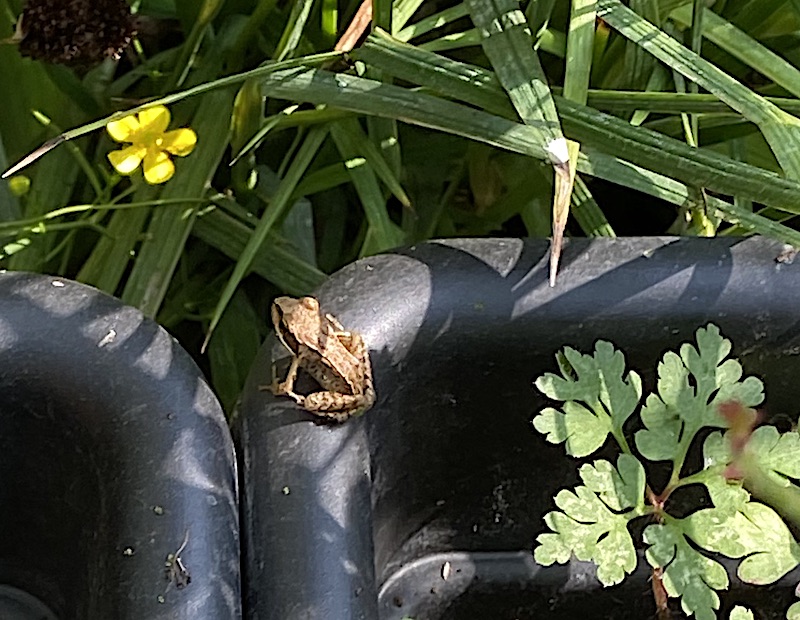 Another small beginning… a newly acquired pale yellow gardenia. Not yet ready to plant out. This is described as ‘hardy’ although most gardenias are tropical and need constantly moist soil… we will see how it fares.

I’ve always liked these flowers… redolent of Cosmos. However they are perennials and we have several in pots and borders, some this pale pink and others that are white. Until now I didn’t know their name. 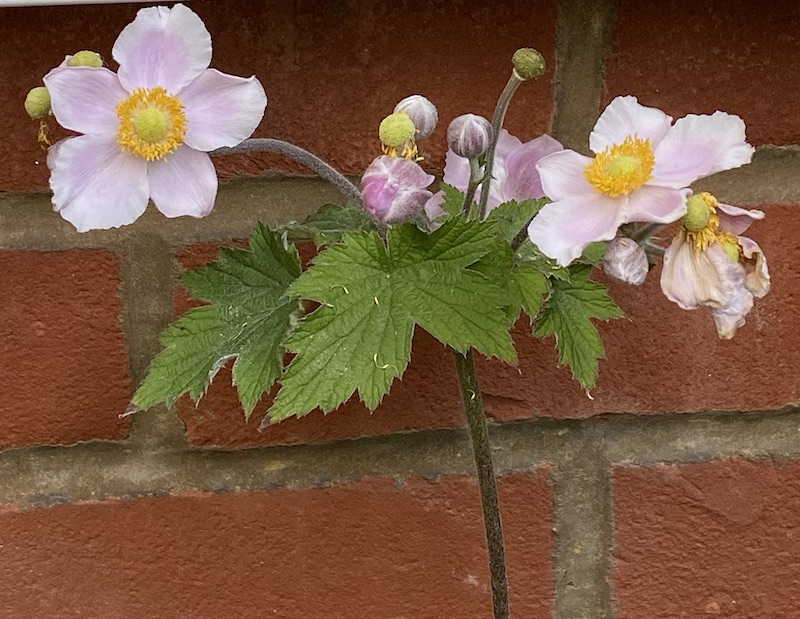