Harry Seebohm (1832-1895), an ornithologist had a bookplate in his library that said “what’s hit is history, and what’s missed is mystery”, a saying that he attributed to the bushmen. The Victorian practice of ‘collecting’ specimens of species to identify them as new species or otherwise, is thankfully a thing of the past. Adapting the idea to my sightings of insects, I have lots of mystery insects that can never be identified because my photos are too poor or do not show the salient ID feature. In some cases (like Adrena bees) the mystery may only be solved by dissection! The bee below is a case in point… pollen obscures some of the features that might help, but even the best shot of the full insect may not resolve identity as it is hidden internally. 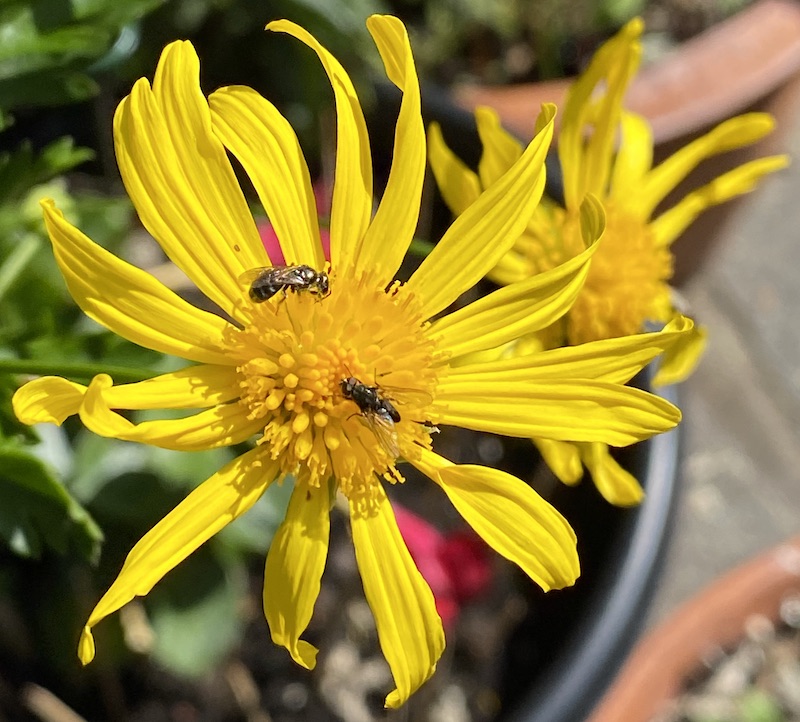 I’ve no idea what the fly is either.

Most of the flowers in the planter are Coreopsis along with what looks like a Busy Lizzie of unknown origin.