Late June to early July is a ‘funny old time of year’. For birders it marks the start of Autumn in as much as non-breeding waders start to trek south from the Arctic and far Northern European breeding grounds. Breeding is not over for some birds tending eggs or chicks in a second brood; some species’ first brood, the aunties and uncles, help their parents in a successful strategy to maximise their genepool.

In the garden late spring flowers are ‘going over’ and high and late summer flowers may only just be appearing. Dead-heading prolongs the blooming season for some and on others such as Dahlias and perennial cosmos, buds are beginning to show or opening. 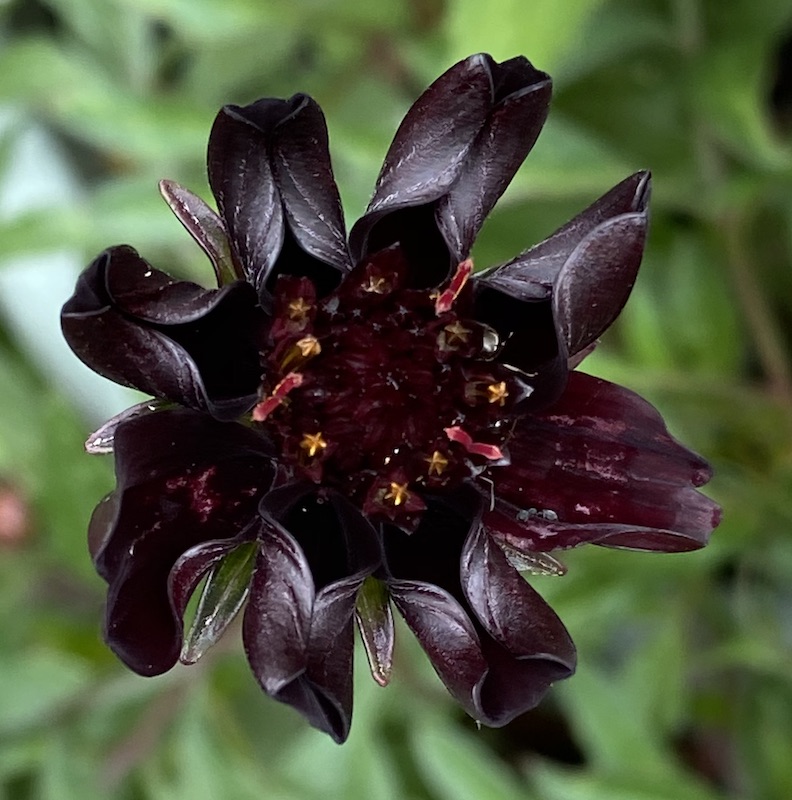 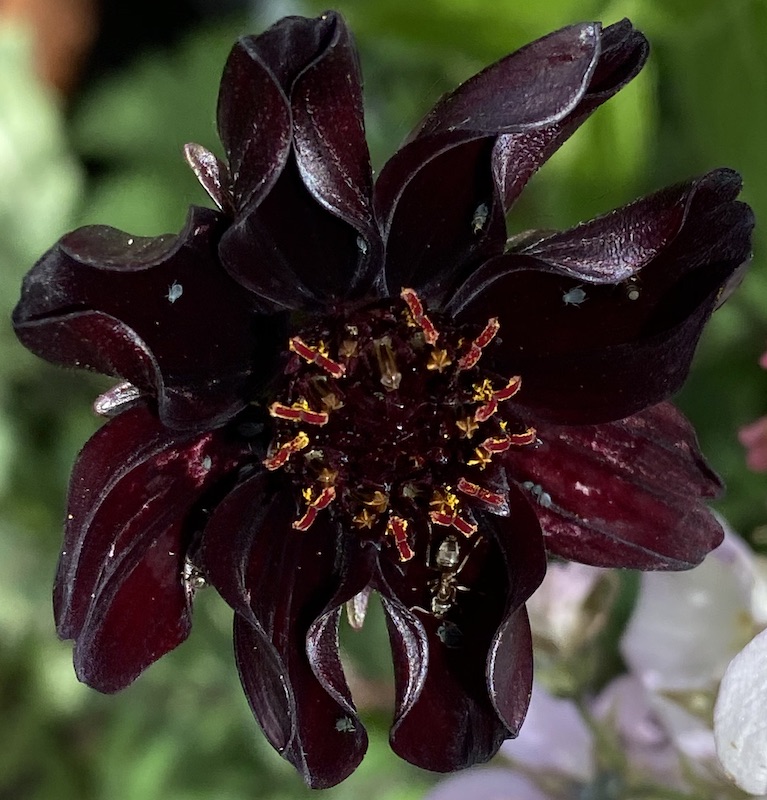 Although this variety is a deep chocolate colour the name actually derives from the perfume which is definitely redolent of chocolate.

Some plants welcome a trim and others begin to put on post flowering growth to see them through winter. Generations of gardeners have developed cultivars that bloom for months rather than the few weeks of their wild originals.

I don’t get many moths in the garden. That’s not just an impression because I see very few, but a couple of year’s back Ash bought his moth trap down and very few moths were trapped in ideal weather and season. So, it was nice to see this little fella on the outside of the backdoor fly-screen. Poor picture, particularly as the blue fabric shines through where its wings are worn but it’s good enough to ID it. Its overall size at less than a centimetre wingspan makes it a ‘small’ rather than a ‘common’. 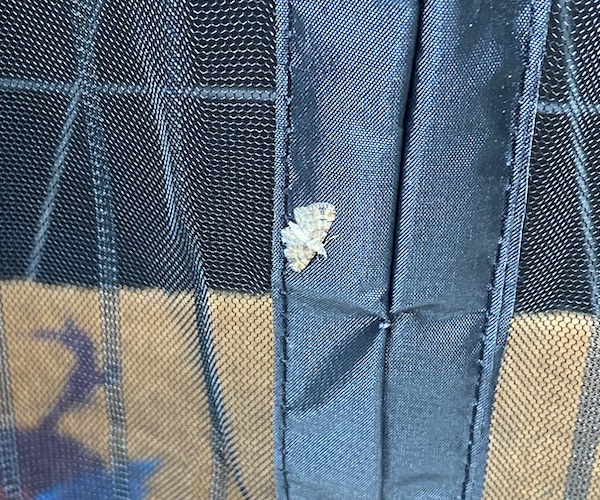 For no good reason at all some more ‘treasure’ the gaudiest of gazanias. 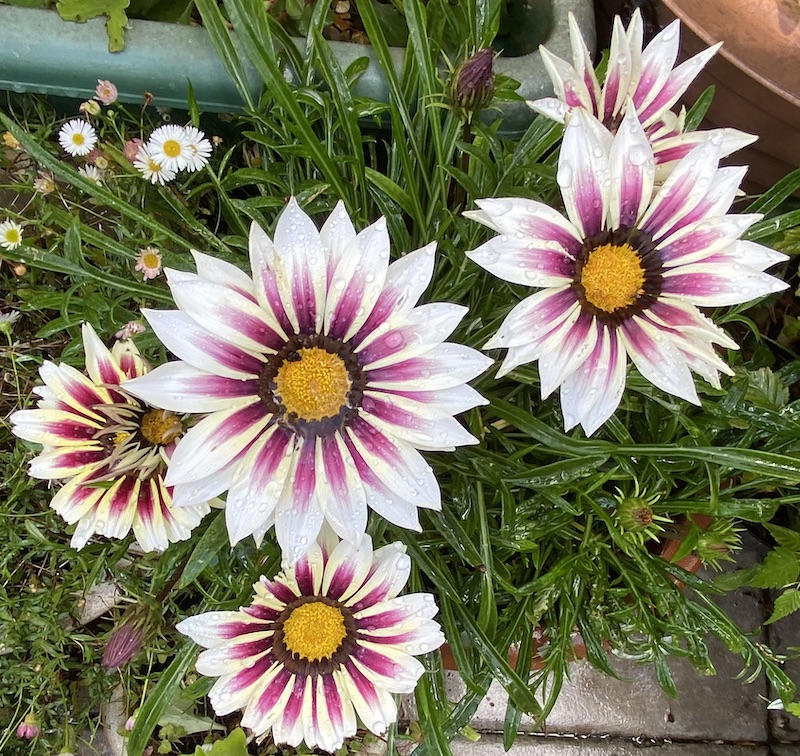