My icicle has icicles!

My small corner of the UK is not used to snow and ice. In two decades here, most years have few frosts and no snow. But to have snow that persists for a week because the temperature doesn’t rise enough during the day to clear it is virtually unprecedented.

The weather has drawn birds to our feeding station… a high count of 72 starlings was like a scene from the Hitchcock movie every bit of the shed, bushes and washing line in our tiny garden was heaving with swirling birds. Add in half a dozen goldfinches, as many blackbirds and up to 30 house sparrows and it was like watching an aerial ballet. More unusual were the parrots in the snow! 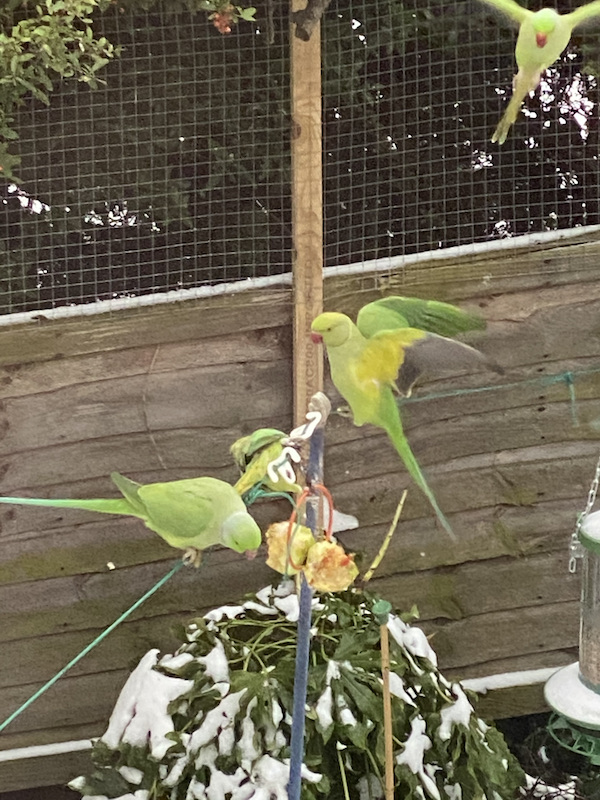 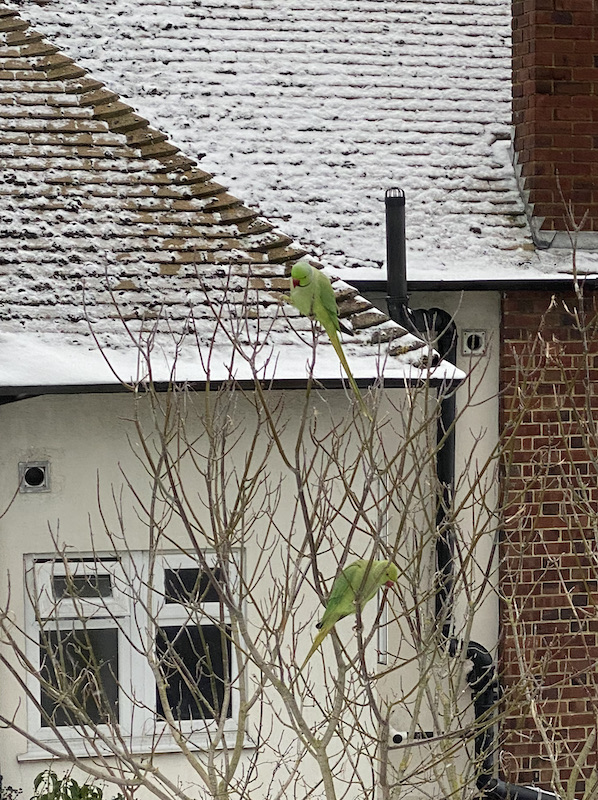 At the front of the house hangs the longest icicle we’ve ever had… underneath which, where it drips in the sun, a whole bunch of smaller icicles… cool eh? 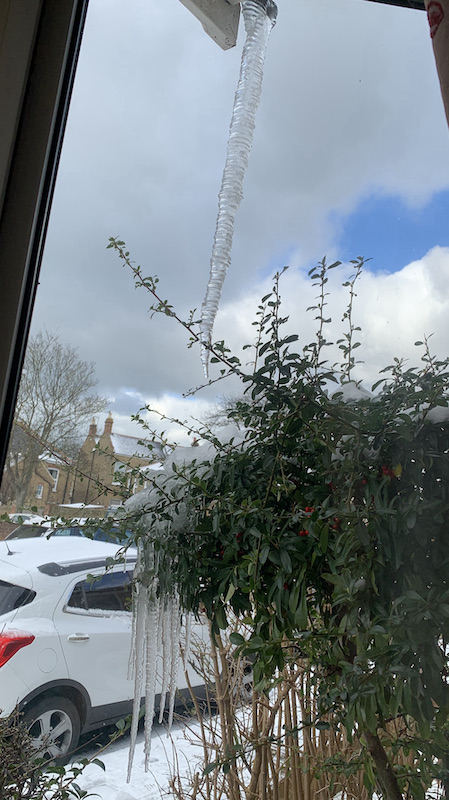