A day long break in the weather was too rare to waste… so we went for our ‘permitted’ exercise to the outer limits of our ‘locality’.  Reculver is officially part of Thanet, which is sort of ironic as the original Roman fort was based opposite the Island (as it truly then was) of Thanet, across the 3-mile-wide ‘Wantsum’ channel. The channel is now the River Wantsum and is almost narrow enough to jump across!

The fort protected the Roman settlement from Saxon raiders until it was abandoned when Rome recalled its citizens. Around 1300 years ago a Saxon monastery was established by the ruins of the fort. It too passed into history and a Church was built on the site and remodelled with the twin towers around the year 1200. Now only the towers remain with the stone from the old church used to build a new church on higher ground and the rest washed away by the sea. 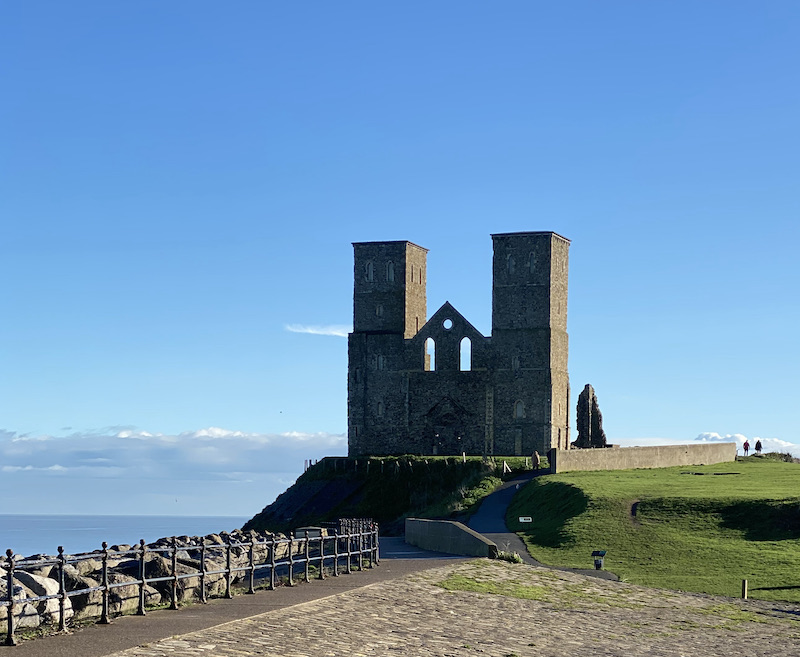 We visit in the spring when the cliffs have a busy Sand Martin colony, and used to drive the road to the oyster farm but that is currently gated. 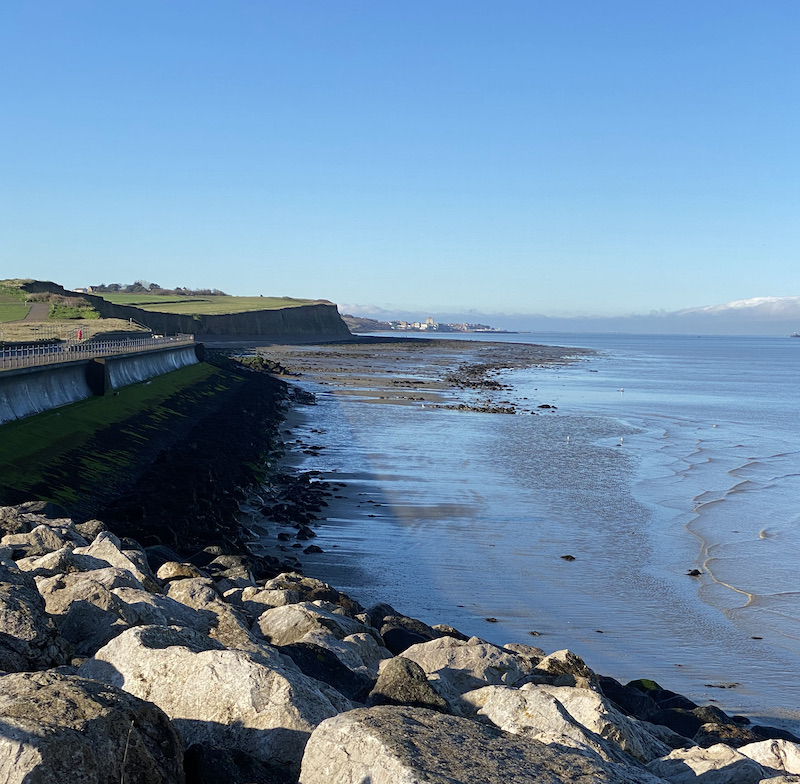 The cliffs from Reculver looking toward the distant Herne Bay.

Nothing much about of the sea and just a couple of grey geese flying by too far out to positively ID. Dog walkers (why must they go on the beaches and mud?) had scared of any waders.

A beautiful, unseasonably warm day made it a pleasure to be out with rain forecast, then wind and snow, it may be a while before our next outing.