After months of writing this blog I realise that there are some plants I really take for granted. Here is one whose name I didn’t even know despite it being here forever and always giving a good show all year round. It puts up canes rather like a raspberry which die back and can be easily pulled out but the plant spreads out, keeps its leaves all year and can flower anytime of year. Obligingly, it will flourish in any conditions. 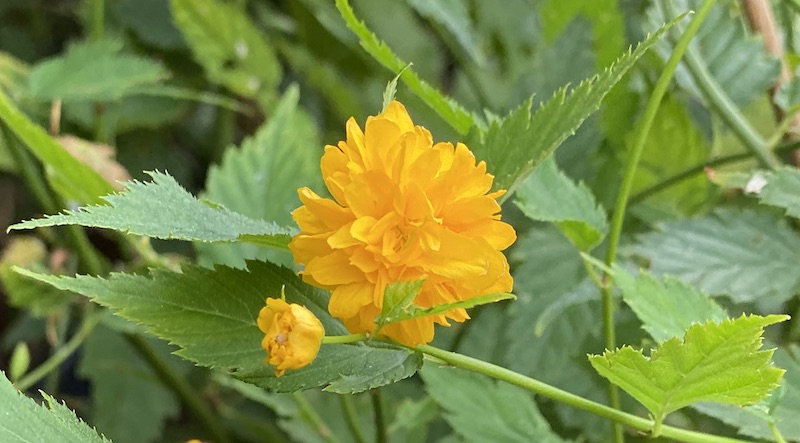 Here is another I remember from my Gran’s garden sixty years or more ago. Not the showiest of flowers but attractive in its own way. 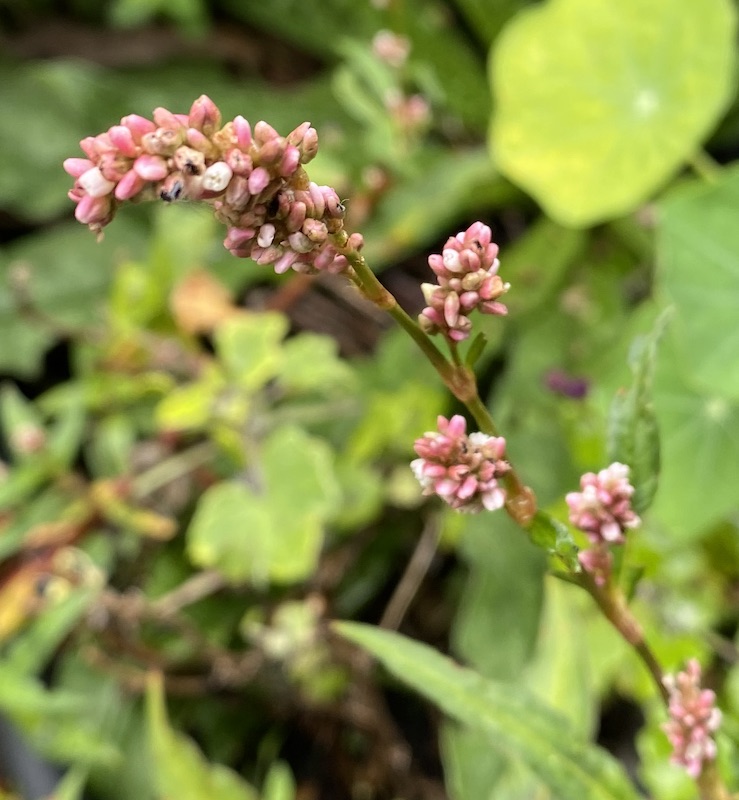 I’ve never heard it called anything but persicaria but apparently it also goes by the name of Redshank and Spotted Lady’s-thumb, presumably for its spotted leaves.

Newly acquired is a plant I’ve known of all my life but have never grown before. Apparently, it tolerates shade well, is a rapid grower and can form hedges. Poisonous to us but harmless to birds this non native is useful to our wild birds. 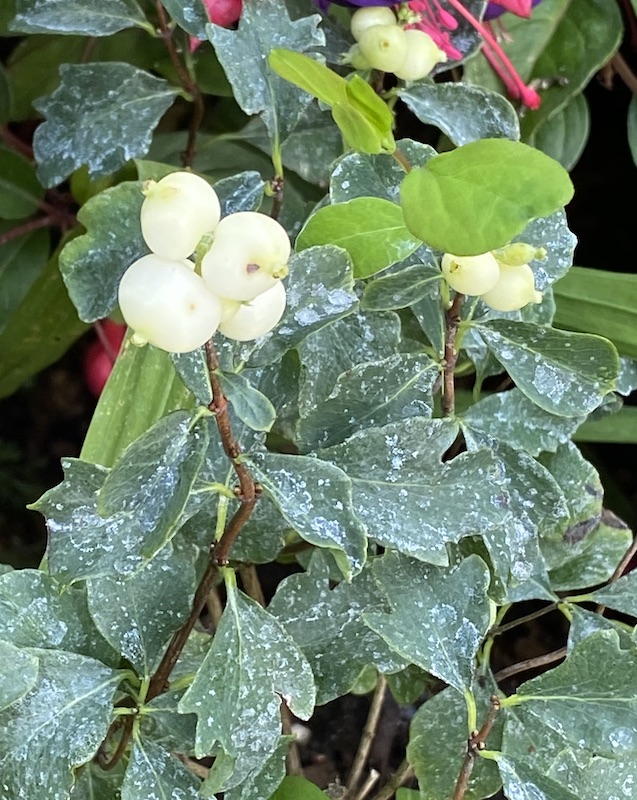 Ignore the white stuff on the leaves, this is just where water has dried leaving the calcium behind.

Another newcomer was planted last year as bulbs… a type of gladioli despite the common name. 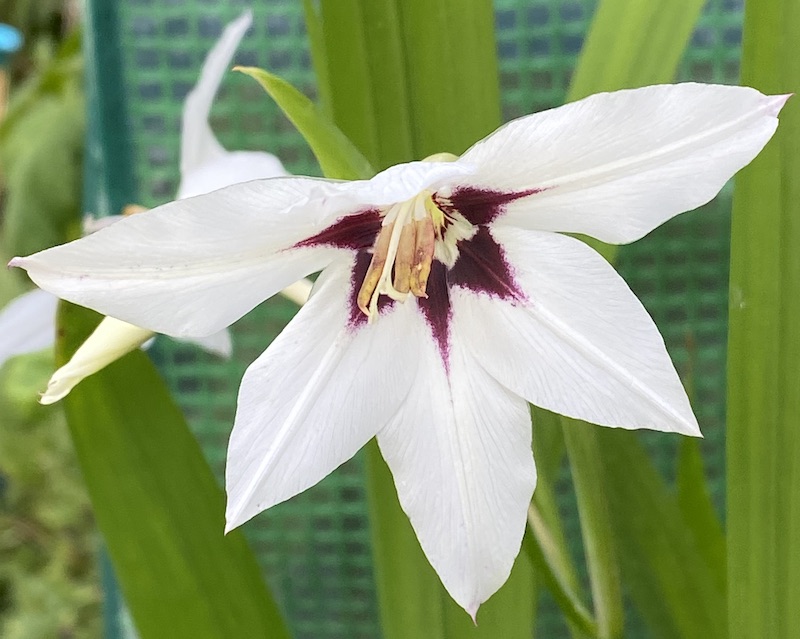