So, I was chasing this bumblebee around the garden knowing it was a new one for this year. Eventually, it settled to feeding on a spike of salvia and I readied the camera and took a quick picture even although I wasn’t sure it could be seen as it was working its way around the flower. As I took the second photo the bee leapt into the air and flew over the fence. ‘Bother!’, I said, or a rather less polite exclamation, convinced I’d no photo at all.

A pleasant surprise then when I not only had a reasonable picture of it feeding… but also an excellent in flight one too! 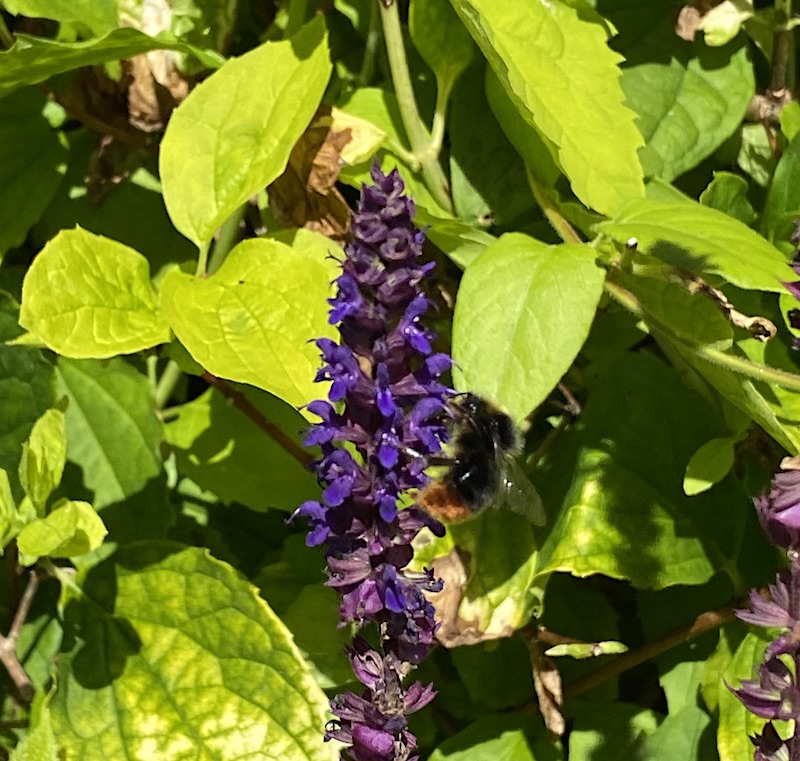 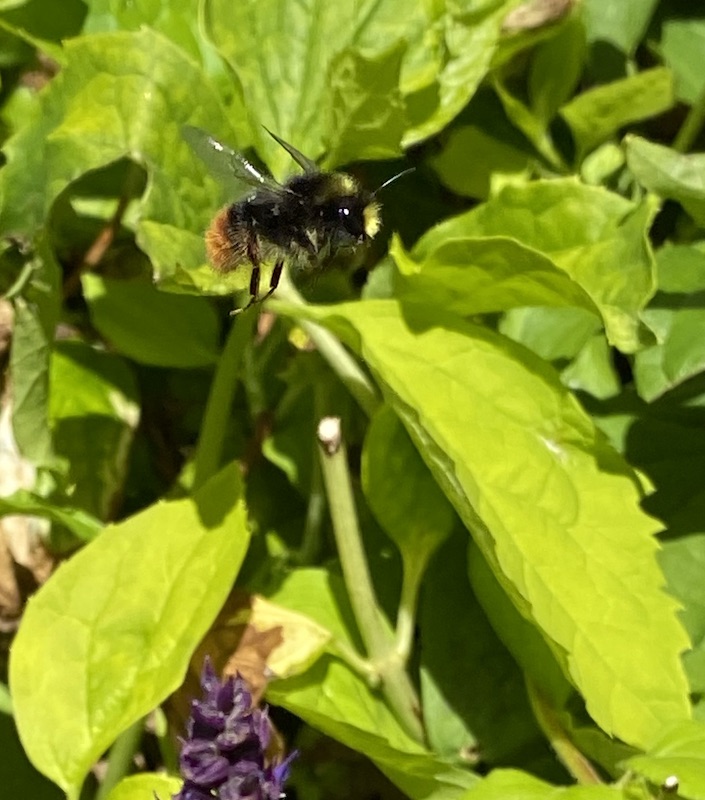 The yellow tufts behind its head show that this is a male.

On the theme of red… these are just coming into flower, as it was only planted three weeks ago. The particular variety is ‘Enchanted Embers’. 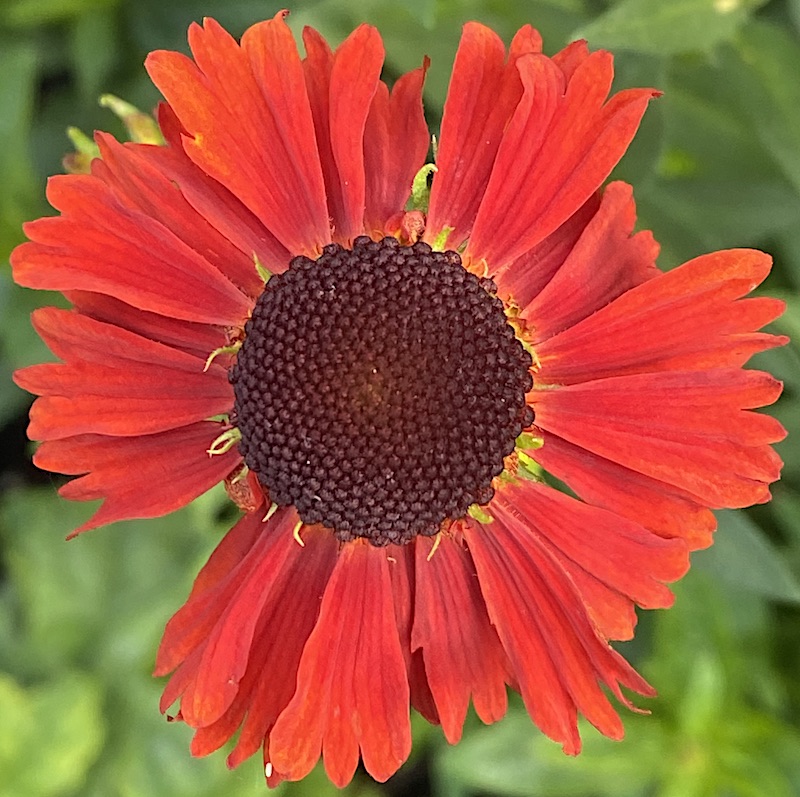 The thistle below has been hovering on the edge of coming out for at least a couple of weeks… not sure why it has ground to a halt? For most of that time the flower head and stems have been a slightly silvery white. 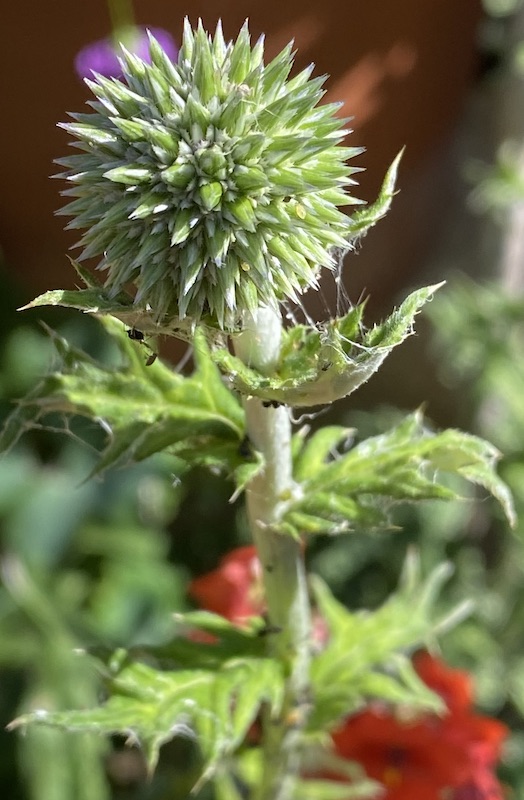