Serendipity is the occurrence and development of events by chance in a happy or beneficial way. As I hinted in yesterday’s post, our birding turned out to be even better for fungi… finding something we weren’t looking for. When looking up what we had found I chanced upon a photo that perfectly fit one I took a week or more ago, so clinching an ID. Another stroke of luck. 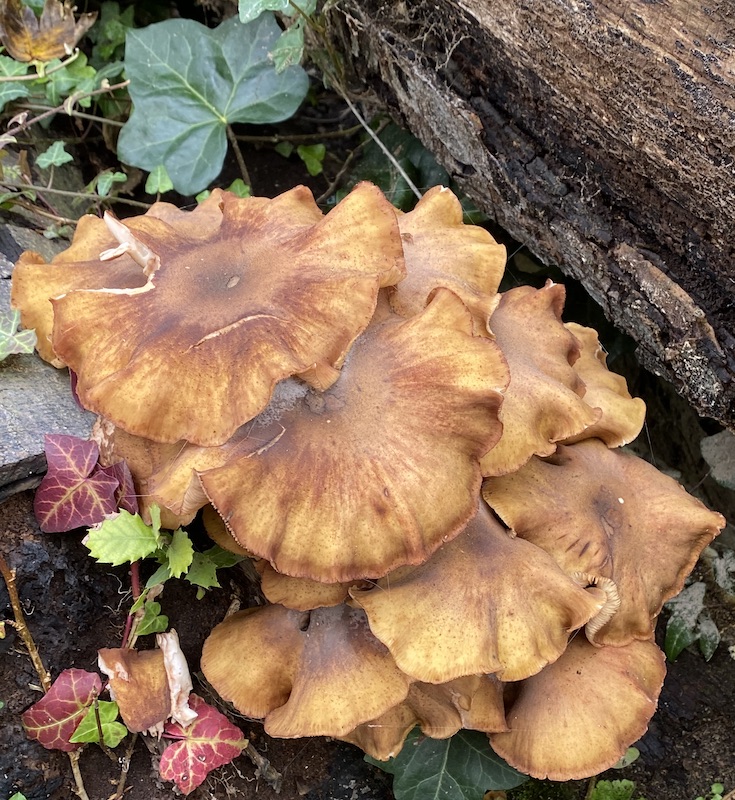 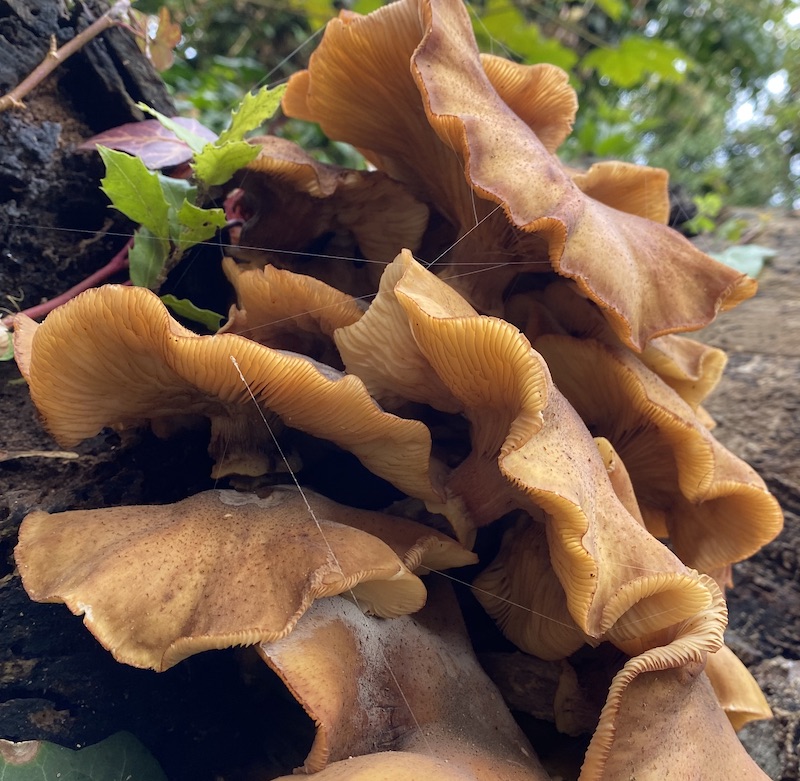 This is a spectacular fungi that was growing on dead wood. According to Wikipedia Honey Fungus Armillaria mellea is widely distributed in temperate regions of the Northern Hemisphere. The fruiting body, commonly known as stump mushroom, stumpie, honey mushroom, pipinky or pinky, grows typically on hardwoods but may be found around and on other living and dead wood or in open areas. A lucky find for us, but when it infects a tree, it can kill it with early signs being the crown of the tree getting discoloured and dying back.

It is very similar to Sheathed Woodtuft Kuehneromyces mutabilis (see a previous post) and both are, apparently edible. However, both can look VERY similar to the Funeral Bell Galerina marginata which, as its name implies is definitely best steered clear of. I don’t think I’d ever summon up the courage to eat anything picked by me, other than our common mushroom.

Everywhere we went we saw Parasols. Its just like when you came across a word that’s new to you, but within days you come across it twice more. We spotted a chap taking photos of one and his mate told us they are delicious just fried in a little butter… …this coward will take his word for it. Parasols were unknown to us a week or two ago, but this Sunday they had appeared everywhere like magic. Apparently, they have a symbiotic relationship with red ants… feeding them and getting spores distributed more widely. 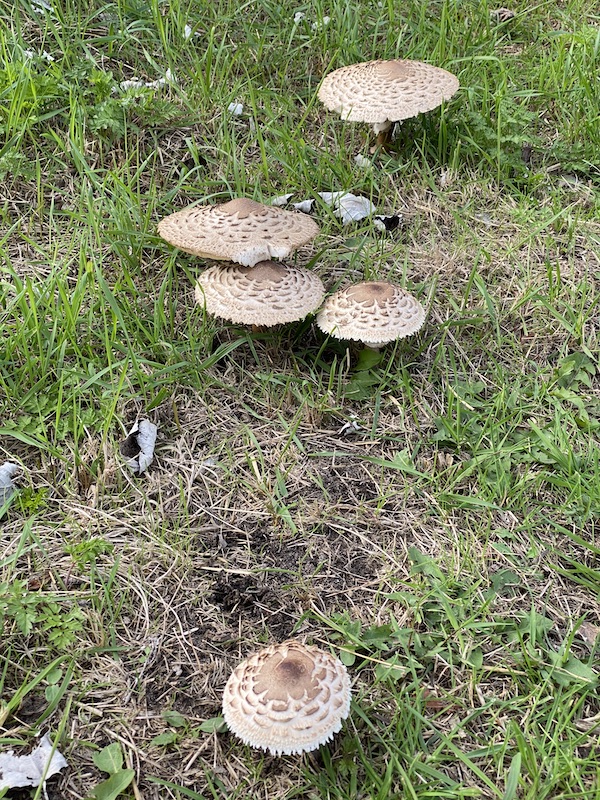 Sometimes they looked like the illustrations in old fairy-story books. As do these smothering a small tree stump and spreading out across the sward. 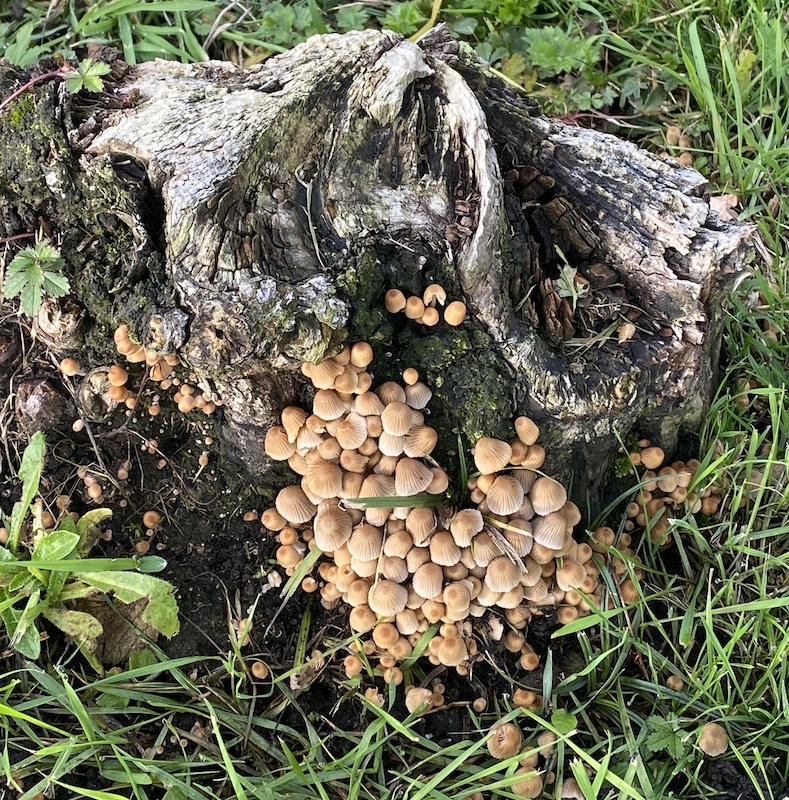 Watch this space for the next instalment…